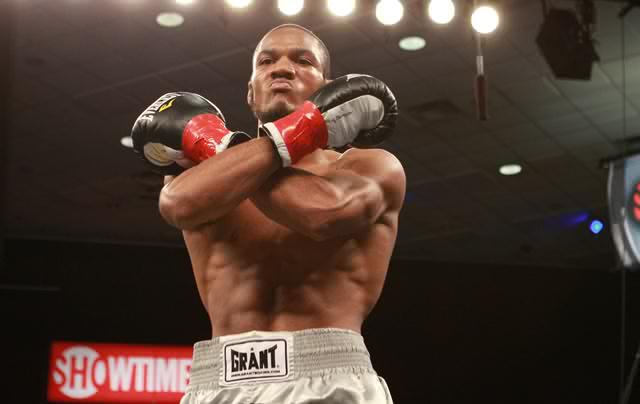 This Monday night at the House of Blues in Boston, undefeated Jr. Middleweight, Julian “J Rock” Williams (14-0-1, 8 KO’s) will headline a card that will be televised live throughout the country on Fox Sports 1 when he takes on former world title challenger Freddy Hernandez in a 10-round bout.

He is looking forward to the coveted national exposure this Monday night and to do it against Hernandez will be a good measuring stick for the 23-year old Williams.

“I know who exactly who Freddy Hernandez is,” Williams recently told www.fighthype.com. “He is a tough game fighter who has been in with the top guys, and even though he has come up short, he has always given a good account of himself. He held his own against Lara. Some say Lara is the best in the division and one judge had Lara winning by only 1 point. I thought he beat Delvin Rodriguez.”

Williams has been coming into his own under the management of Haymon and the tutelage of trainer Stephen “Breadman” Edwards as the last three opponents combined record is 81-8 which includes an impressive three-knockdown performance decision over former WBA Super Welterweight champion Joachim Alcine. In his bout Williams stopped Orlando Lora (29-4) in three rounds on December 7, 2013 at the Barclays Center in Brooklyn, New York.

Williams has also let it be known that he will pay special tribute to the people of Boston on his trunks and his walk-out music.