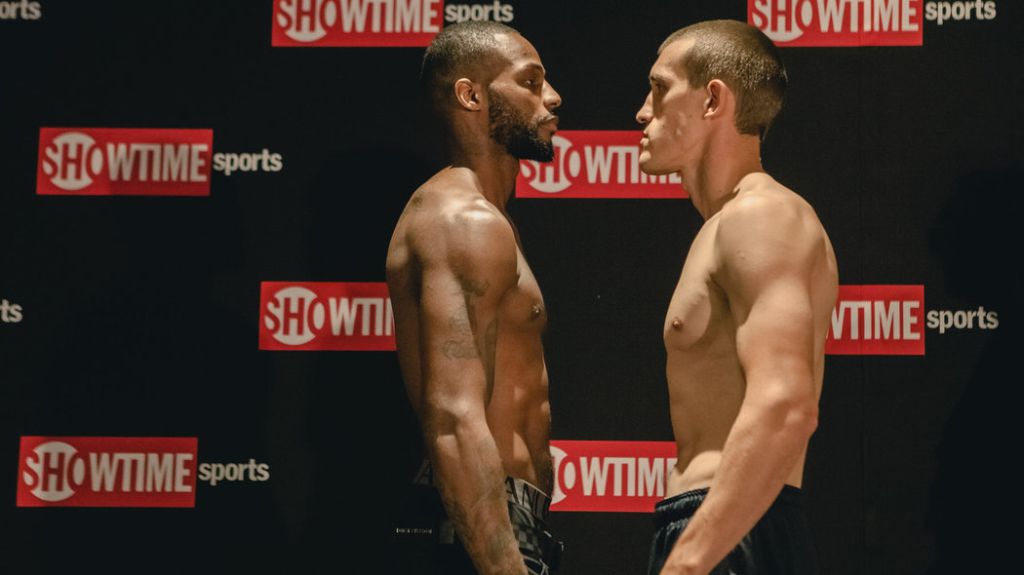 Last night, Chad Dawson had another fight, since beginning his comeback trail after taking 2 back to back knockout losses to Andre Ward, and Adonis Stevenson. Dawson then came back almost a year later, to fight George Blades in a fight where he not only came in over weight, but weighed in about 202lbs on fight night. He stopped Baldes, as expected last June. Sadly, for Dawson, its unlikely, and even more, it would be crazy, to see him anywhere near a title shot soon, or even back in the mix with some top light heavyweights.

Last night, a unknown fighter from Adah, Pennsylvania, gave “Bad” Chad his 4th loss. Tommy Karpency, who most thought would probably be an easy fight for Dawson, even calling it a mismatch, beat Dawson by split decision in Dawson’s home of Connecticut. Karpency landed far more effective shots and even hurt Dawson in the fight. It’s almost hard to believe that Karpency didn’t go for the kill, but as he said, he didn’t want to burn out, and risk the fight.

We had the chance to speak to Tommy after his win, in which he feels he should be in the mix for a title shot soon. He will fight anyone from Hopkins, Kovalev, Pascal and Stevenson.

Dawson quickly expressed how he felt about the decision saying it was , “Fuc**ng bullshi**” and also noted that he was at disadvantage because he hurt his hand and fought one handed.

Karpency, in his defense says, “I took this fight on 3 weeks notice, so he is not the only one at a disadvantage”

Karpency says he noticed Dawson was not throwing his left much after the 3rd-4th rounds, he knew Dawson had been hurt. “I took advantage of it the best I could, I had to pace myself because I knew it was a 10 round fight. So I couldn’t let my hands go as near as much”

“I thought my timing and footwork was just as good as his, His left hand was hurt but I had to pace myself you know”

Karpency feels that the difference in the fight was his shots, he says Dawson never hurt him and was only really hitting him with a jab. “I think the difference was I was landing all the decisive blows, the only thing the guy was hitting me with was a jab, even when the crowd was going crazy, he never really caught me with a clean shot”

In the 8th round, Karpency was able to hurt Dawson but didn’t let his hands go as some fighters would. He explains how he came out at Dawson’s pace in the 9th, as he was expecting Dawson to come out strong for the 10th.

When asked if he thinks he ready for a title shot, Karpency said, “I think whats left is for me is to get in with the best, I mean to be honest I’ve already fought the best, Fonfara, Cleverly, Murat, you know. Fonfara fought Stevenson tough, Murat fought Hopkins tough. I was beating Fonfara before they stopped it on a bogus call”

“I think for me to take another fight that’s dangerous for me, instead of getting a guy like Adonis Stevenson, Pascal or a guy like that, is crazy!”

When we asked how much stock would Karpency put on this win being that it was supposed to be a comeback trail for Dawson, he agitatedly said, “He was the last guy to beat Bernard Hopkins, He lost to Andre Ward, but who hasn’t lost to Andre Ward. He got stopped by Adonis Stevenson but who hasn’t Adonis obliterated you know. So, was Dawson ever as good as they made him out to be? Even with his wins in the past, they were competitive fights, they weren’t blowouts”

We asked Karency if he felt this win on Showtime, against a guy like Dawson should put him directly into the title mix he replied with, “I don’t know who really would be left for me to fight. I mean you have Stevenson, you have Hopkins and Kovalev who are fighting each other, you also have Bute and Pascal, You know I can do a Bute fight. You know thats 5 guys, thats 5 top ten light heavyweights!”

Finally, We mentioned another light heavyweight to Karency, Artur Beterbiyev, who steamrolled through Tavoris Cloud last weekend and made a huge impact in the division, when mentioned, Karency seemed a bit, hesitant, “Oh! Yeah, yeah, yeah he only has like what? 6-7 fights? Yeah he’s tough, I don’t even know what to say about the guy, he’s a good fighter that’s all.”