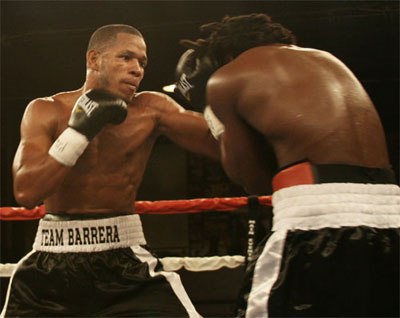 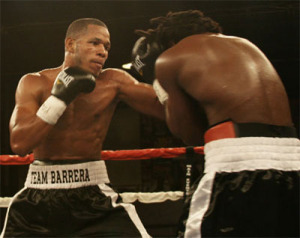 On Nov. 8 Barrera will face Rowland Bryant (18-4, 12 KOs) of Altamonte Springs, Florida, who is coming off an eight round unanimous decision loss to Pawel Glazewski in Poland. The two will meet for eight rounds of action on the stacked undercard of the Bernard “The Alien” Hopkins vs. Sergey “Krusher” Kovalev event at Boardwalk Hall in Atlantic City, NJ.

Since defecting from Cuba prior to his professional debut in 2009, Barrera has resided in Miami, FL but, now in his second training camp with Sanchez, Sullivan has all but made Big Bear Lake his home. According to his co-manager, Luis Molina, “Sullivan is focused. He’s basically moved to Big Bear which shows how dedicated he is to becoming a world champion.”

Training with Sanchez in Big Bear has allowed Sullivan access to camps of the other great fighters that Sanchez trains such as Golovkin. The 32-year old said, “I’ve been training very hard. Training camp has been great. We have had excellent sparring.”

In Sullivan’s first fight with Sanchez, he faced Eric Watkins and knocked him out in the sixth round last month at Foxwoods in Connecticut. According to Abel, things have continued to improve for Barrera since that first camp together.

“In our second training camp together things and system are making more sense to Sullivan, he is understanding his part a lot better,” explained Sanchez. “Our style here at The Summit Gym is to make sure we work towards a world championship and provide entertainment along the way.”

When asked about his upcoming fight with Bryant, Barrera said, “I came to America to seek, not only a better future for my family, but to become world champion. This is my dream. I LOVE AMERICA!” To which Molina added, “The future is bright for Sullivan and we are looking forward to Nov. 8.”

Promoter Kathy Duva, CEO of Main Events, said, “As a light heavyweight prospect, this is a big opportunity for Sullivan Barrera to appear on the undercard of such an exciting and highly anticipated light heavyweight unification fight. At 13-0, it’s also perfect timing. I expect Sullivan to capitalize on this chance and impress the fans, media and network executives who will all be at Boardwalk Hall on November 8th so that he can take the next step in his career in 2015.”