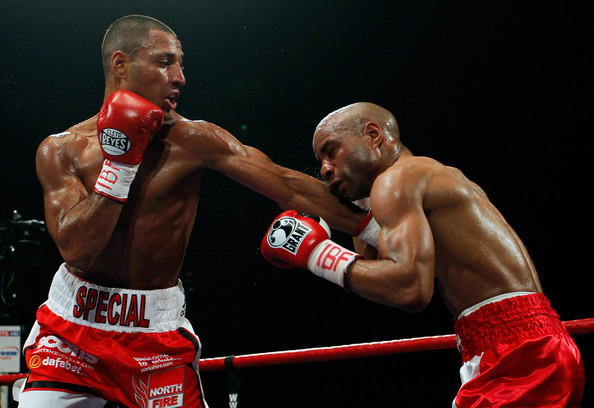 Last night in Sheffield, Kell Brook (28-0) got the better of fellow contender Carson Jones (34-8-2),in order to gain the opportunity for a world title shot in the near future, Things did not go all Brook’s way in a bout which is his most difficult as of yet. However, despite the problems Jones gave Brook, including a bloody nose in the 8th round, he shown tremendous resilience and boxed well off the back foot.

Throughout the fight, Jones made his presence known a number of times, convincingly taking the 9th and 10th rounds in particular. He landed with powerful shots and certainly did give a good account of himself, moving forward in his career. Brook’s however shown his worth, digging deep and not allowing to be overpowered by his opponent’s strength. What he did demonstrate is the ability to stick to his game plan during adversity, and a good chin, which ticks another box in terms of champion eligibility.

The fact is he did lose a number of rounds. Judge Manfred Kuechler actually scored the bout a draw.  This should not raise alarms to fans as he shown class and moving up in his career should not be expected to breeze through every opponent with ease. Not only this, but every fighter on his way up, or even when they reach the top have bouts in which the opponents style does not quite gel, and they do not perform their best. For example, when Floyd Maywether faced Jose Luis Castillo for the first time, or when Adrien Broner struggled against Ponce De Leon. What is important is that he wins despite the difficulties.

Moving on from this I see Brook’s getting a title shot, most likely at the IBF which will be against the winner of Alexander-Bailey fight, This title shot is deserved and no doubt he will put together all he has learned in his career in order to win this title and fulfill his obvious goal. Jones on the other hand put up a valiant performance and this loss should not affect his career too much. He will not be getting his title shot in the very near future but at the tender age of 25, I’m sure he will have plenty of chances to secure another in his career.