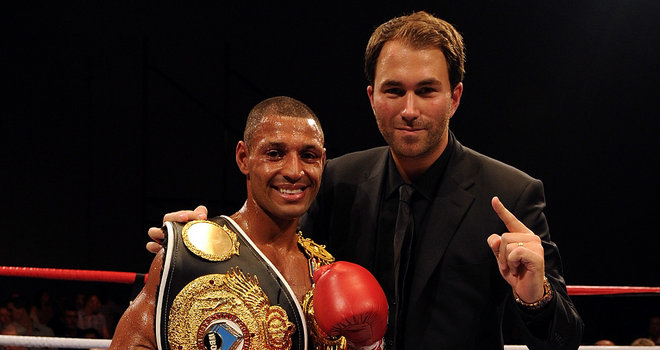 Kell Brook has an exciting message for his fans and ominous one for Hector Saldivia ahead of Saturday night’s Betfair ‘This Is It’ IBF World title : ‘even I don’t know how good the new Kell Brook can be’.

‘The Special One’ came through the toughest test of his career so far when he passed a gut check against Carson Jones in July. The hard American gave Kell, his team and his fans a huge scare in the second half of their clash, with Brook breaking his nose and having difficulty breathing as a result.

Brook survived to take claim the win but questions were raised after the fight about his conditioning. The 26 year old admitted that he didn’t prepare properly for the fight, but now that’s all changed.

“I hadn’t had a good training camp and was struggling with my weight before the Jones fight so I tired towards the end,” said Brook. “But I’ve got a nutritionist on my team now who has got me eating all the right things to help me get fighting fit, including stuff like steak and broccoli for breakfast – which is a bit weird at first but I’ve noticed that I’ve been flying in the gym and I’m more than ready to knock out Saldivia.

“I’ve done my own diet all the way through my career since I was an amateur and I think it showed that when it comes to nutrition and sport at the elite level, you’ve got to hand it over to the experts. So we’ve brought a nutritionist in to handle that and a strength and conditioning coach to get the best out of me and it’s paid off.”

“I didn’t expect him to be that tough and I am not taking anything away from him but I know that wasn’t me in there. I showed I have a huge heart and I can dig deep. It was a wake-up call, I make no excuses for that and I can assure everyone that you’ll see the new Kell Brook in there tonight, even I don’t know how good I am going to be.

“To get through the fight and get the win has boosted me though as I know this time we’ve done everything right and I know that I can fight at 100 miles per hour if necessary because I’ve done the weight right and everything is spot on.”

Brook met Saldivia at a press conference today at the Motorpoint Arena and the Argentine vowed to silence what he expects to be a boisterous hometown crowd.

“I´m looking forward to going to England and fighting in front of a packed out Arena,” said Saldivia.

“This is a sport, let´s hope nobody comes out hurt but I´m training so that I’ll be able show the best of me. He´s going to feel the pressure of the crowd because he´s fighting at home in front of his people, but I´m going there coolheaded.”

For the latest odds on the fight with Betfair, visit: http://sports.betfair.com/boxing/event?id=26892405