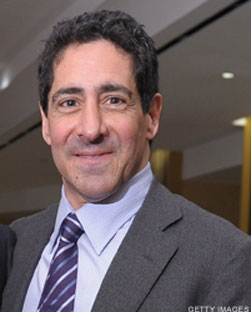 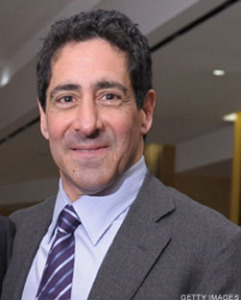 Ken Hershman has been in the HBO driver seat for a couple years now and enough time has passed that we can safely assess his standing with the company as well as the quality of programming he’s provided us with, or can we?

It is unfair to really judge him with a complete and utter lack of context. Today, the job of HBO Sports president is a tougher one, more so than it’s ever been. The job has never been easy, but for Hershman he had to start from a disadvantage. Instead of trying to steer or redirect the HBO Boxing brand back into the right path, he was left with such a deep hole that he had to attempt to drag the boat out of the ditch before he could even get it into the ocean.

The fact that he came from Showtime only further complicated his job because it would seem as though Showtime, who began to spend more money on its boxing program once Hershman switched teams (coincidence?), finally decided to compete for the number one spot, as opposed to accepting its place as number two.

We can think of plenty of obstacles that Hershman has had to deal with that his predecessors didn’t, but the main one is his relationship with Al Haymon, which reached its lowest point in 2013 when Hershman announced that HBO would no longer work with Haymon’s stable, essentially severing his ties with Golden Boy in the process.

Hershman recently spoke with SI.com and in the interview he addressed the constant struggle with maintaining HBO’s status as the premier network for boxing while dealing with the lack of Haymon managed fighters – which make up one of the best stables in all of boxing, specifically now that he is working with Golden Boy again.

“If you look at [Haymon’s] roster, you can’t rule out any single one of them,” Hershman told SI.com. “The problem continues to be, Is there a philosophy that matches up with ours, is there a way to do this that is responsible for everybody? We’re open to that conversation. Things change. Boxing is constantly moving and shifting. We’ll see where it goes. We’re open to it, but we have to fulfill all the criteria we’re looking for. We’re fully stocked. We’re not in need of talent.”

“Fully stocked” is not a term that is appropriated for boxing. Being fully stocked gives the impression that you can make any fight at any given time, and with the current landscape of the sport and its rankings constantly changing it would seem as though Hershman is competing within the confines of what is possible in boxing, instead of what is best for boxing.

Still, his hands are tied, and what is he supposed to say? He can’t very well say ‘We are giving fans the best fights that are allowed and nothing more,’ I don’t think that would work for the HBO execs.

Of course, boxing isn’t won and loss on the back of Al Haymon, and Hershman is sapping every ounce of momentum in boxing that is a non-Al Haymon entity. The exclusive rights to “Canelo” Alvarez is obviously the biggest maneuver Hershman could make when operating under these terms.

Boxing is fought inside the ring, but the business of boxing is often fought on the conjectural playing field. Hershman is gearing up to fight one of the biggest fights of his tenure at HBO and that is the Cinco de Mayo weekend – the biggest night in boxing within a calendar year.

The date has always gone to Floyd Mayweather Jr., but with the absence of a big time fight, it would appear that for the first time in years he may have to take a step back to the biggest matchup in boxing that doesn’t involve either Floyd or Manny Pacquiao. Canelo and Miguel Cotto is the kind of fight that could bump off a boxing singularity, even one as powerful as Mayweather Jr.

Hershman plays it cavalier, but that is just for show and a potential need to save face later. He knows how big this move would be, and it is going to be an important moment that establishes precedent for years to come.

“It’s going to be his call. We’re here to support Canelo. We did a long-term deal with him and we believe he is going to be one of the biggest stars for the foreseeable future. We’re right there with him. We’re not looking for a fight with anyone, and I don’t want this to devolve into that. He’s an HBO fighter and we are going to do whatever we can to help him reach his goals,” Hershman said.

Regardless of what Hershman says or how he makes it seem, he is very aware of the implications attached to taking back Cinco de Mayo. Of course, it could allude both Canelo and HBO with the understanding that Mayweather Jr. will be a nonfactor soon enough, and therefore up for grabs with very little restraint from any other contenders.

Still, it’d be nice to plant the flag early. In fact, establishing a new top dog in boxing that doesn’t belong to Haymon would be a great thing for fans because it won’t be long before those same Haymon fighters begin to demand their shot at Canelo, opening the door to fights that currently seem unattainable.