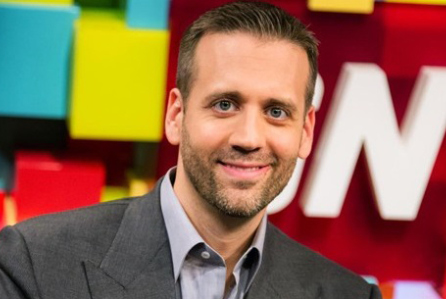 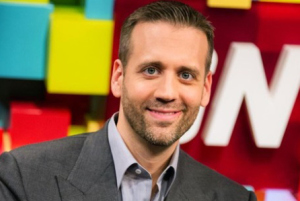 An alarming amount of reports have surfaced over the past few weeks that suggest fight fans might finally get to see the mega fight of the millennium between Floyd “Money” Mayweather Jr. and Manny “Pacman” Pacquiao. The fight is being proposed for May 2nd (Cinco de Mayo weekend) and the reports are clear that the fight is being negotiated for this date. The problem is these reports are speculative at best, perhaps even lies wrapped in appearances.

The good news is that both men, for the first time, are speaking openly about making the fight. Floyd is on record saying he wants the fight, Manny is finally calling Floyd out and not just reverting to his usual ‘I will let my promoter deal with it’ comment that is always holstered in his quiver of whimsy, and both HBO and Showtime are at least open to discuss the possibility of a joint programming venture.

The bad news is that we’re talking about a fight that has been difficult to make and involves fighters/promoters that have a history of shying away from big fights, regardless of the payoff.

I’m very skeptical, so are many others.

One of those skeptics is HBO commentator Max Kellerman. Kellerman made some statements recently on ESPNLA 710’s “Cross Talk” radio show regarding his thoughts on the actuality of seeing Mayweather-Pacquiao in May. During the segment Kellerman, with some possible inside info stemming from his ties to HBO, offered up some rationality on the drastic change of indifference we’ve seen from Mayweather Jr. in the past regarding a fight with Pacquiao.

“This is the interesting dynamic that’s changed (regarding a potential Mayweather-Pacquiao fight): Pacquiao has started to win, both of their PPV’s have started to decline, and now Cinco de Mayo, that weekend is the signature of the biggest fighter in boxing,” Kellerman stated.

Cinco de Mayo has been Mayweather’s date for years and the competition has accepted this notion and has done little to circumvent things. However, the realization of a bigger fight than anything Floyd can provide us with has set in and Kellerman thinks that drastic steps are now being taken on the behalf of Mayweather in order to keep the date and the status that comes along with it.

“Floyd has always been able to bump whatever other big fight was there, he like ‘no, I’m going to fight that weekend’ and everyone else had to back down because he’s so big. This year, Miguel Cotto and Canelo Alvarez are in talks to fight May 2nd (Cinco de Mayo weekend).”

Floyd is the biggest fighter in boxing, but the lack of competitive fights against fighters with little to no commercial appeal has finally caught up with him. Now, Floyd alone is not enough to compete with Cotto-Canelo. He could possibly lose the date if he continues to fight lesser known fighters in the casual fan’s eyes.

“I believe the reason Floyd is so seriously engaging with the Pacquiao talks now is [he doesn’t want to lose the date to Cotto-Canelo], otherwise Floyd, for the first time in six or seven years, can get bumped by a bigger fight. So if he fights Pacquiao he bumps them.”

Kellerman is absolutely right. But his synopsis doesn’t end there. His beat on the boxing world extends far beyond most and he knows the players very well. The savviness of fighters and promoters and their dealings within the realm of boxing politics can often be anticipated, and the easiest way to stay in tune is to expect the worst, assume people are lying, and know that ulterior motives are always present.

So if Floyd isn’t serious about fighting Pacquiao, then why risk upsetting fans by teasing them with the fight only to let them down by fighting anyone not named Pacquiao?

Kellerman explains, “I believe Floyd will use Pacquiao to scare Cotto and Canelo off of that May date. I do not believe he will fight Pacquiao in May, it’s too soon to get the promotion going the way [it needs to be done], he’ll fight like Amir Khan or someone like that in May, but have that date for him using Pacquiao as leverage to scare the other fight off. Then, I believe Floyd and Pacquiao, if they both win their next fights, will fight in September [of next year].”

As I mentioned earlier, Kellerman could be operating with an inside knowledge, but he doesn’t have to be, either. He could know something we don’t, or he could just be operating under the same rational logic he always has. Kellerman is smart, he could’ve very well nailed Mayweather Jr.’s actual intentions without any privileged information.

It makes sense for many reasons, but only one is needed and remains the most important: we’re talking Floyd Mayweather Jr. and Manny Pacquiao and remaining skeptical is just smart. The fight that seemed like it would never be will probably never be. It’s that simple. In a sport that lets its fans down on a weekly basis, why would its major players come through for us this time?