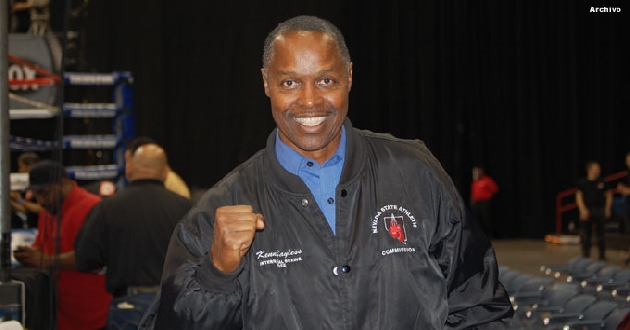 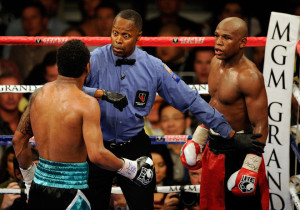 There have been quite a number of people expressing their disapproval when it was announced Kenny Bayless would be refereeing the much-anticipated showdown between Floyd Mayweather Jr. and Manny Pacquiao. The discontentment from certain members of the boxing public stems from the Mayweather-Maidana rematch, where Bayless made a few questionable decisions in the latter stages of the fight. Bayless appeared to break up the two fighters too quickly during some clinches which restricted Maidana from working on the inside, thus altering the tempo of the fight towards Mayweather’s favor. Even though this limited Maidana’s offense in certain moments in the fight, its safe to assume it wasn’t drastic enough to change the outcome of the bout. But as we all know controversy sells, and even though Bayless did deserve some criticism, some may have overreacted and are worried the same issues may occur again for this upcoming mega fight. In reality, this should be the least of one’s worries.

Bayless has been a superb referee for many years, and, for the most part, his career has strayed away from controversy in the ring. For him to be involved in another somewhat contentious night would be very unlikely, especially given the styles of the two combatants.

Manny Pacquiao is a fighter who preferably chooses to fire his combinations from midrange. It’s rare to see Pacquiao stay in the pocket and get the better of his opponent. When Pacquiao does stay in the pocket, we are accustom to seeing him remain a bit stationary with a high guard defense, allowing his opponent to land several punches before Pacquiao finally decides to slip away. If the clinches were to be separated quickly by Bayless, it would certainly benefit Pacquiao. He would want to transition from being in the pocket to being back in midrange as soon as possible, especially if he manages to hurt Mayweather and a clinch is initiated at any point in the fight. This leads to another concern regarding excessive clinching from Mayweather, but this is also an issue one shouldn’t worry about.

Pacquiao is not a fighter who is willing to use rough-housing tactics on the inside, so Mayweather will have no incentive to continuously clinch if the fight is taking place from long/mid range. There may be smothering tactics here and there, but nothing excessive should come about. If any controversy does arise in this fight, it probably won’t stem from Kenny Bayless.