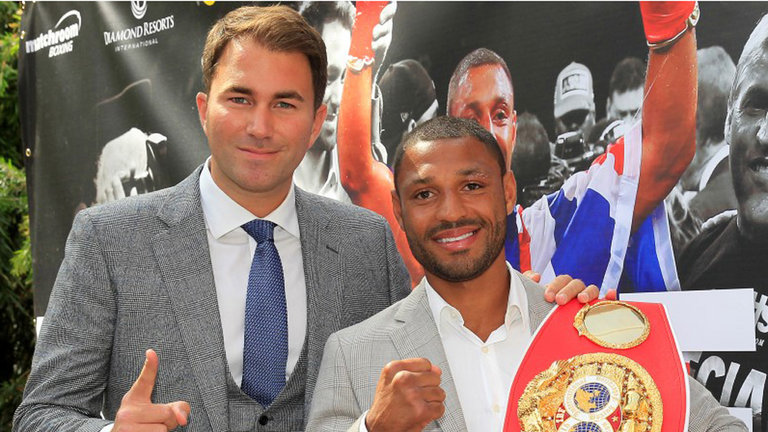 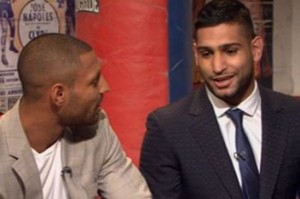 Eddie Hearn has made it clear that Kell Brook is in a position for a big summer fight against a significant opponent should he successfully defend his title against Jo Jo Dan on March 28th.

There were many fans upset over Brook’s choice of opponent in Dan, but as Hearn has explained Dan was methodically chosen for a variety of reasons. Though it is mainly because, he is Brook’s mandatory challenger for the IBF welterweight championship. The way Hearn explains it is they wanted to get the mandatory out of the way before exploring bigger options.

That doesn’t mean that Hearn didn’t consider other options before settling on Dan.

“The names that we discussed were Diego Chaves, Victor Ortiz, Antonin Decarie, only because he was highly ranked in most divisions (sanctioning bodies), and Josesito Lopez,” Hearn told Thaboxingvoice’s Duv Johal. “But for us, we had to get this mandatory cleared, it was so important and we have the perfect guy [in Jo Jo Dan].”

Any of the aforementioned fighters would’ve been received by fans more favorably than the choice in Dan, but none of them are what fans would consider “big fight” opponents.
It is unclear whether Hearn is referring to these types of fighters as Brook’s potential summer blockbuster or if he has bigger plans in store.

One of the most significant fights that could be made for Brook is a showdown with fellow UK fighter Amir Khan. The bout has proven difficult to make in the past, in reality the two sides have never officially 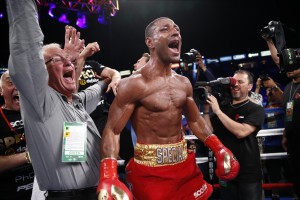 negotiated anything and each side has blamed one another publically.

However, Brook has momentum following his victory over Shawn Porter last August, the kind of momentum that could finally entice Khan to take the fight. Hearn says he is open to negotiating the fight and went far enough to say that it could’ve been Brook’s next fight, although he is probably posturing a bit. According to Hearn, Khan has been reluctant and doesn’t see that changing anytime soon.
When asked about a potential timetable for the fight Hearn said, “Whenever they want, we could’ve done it on March 28th, but they don’t even want to come to the table to talk.”