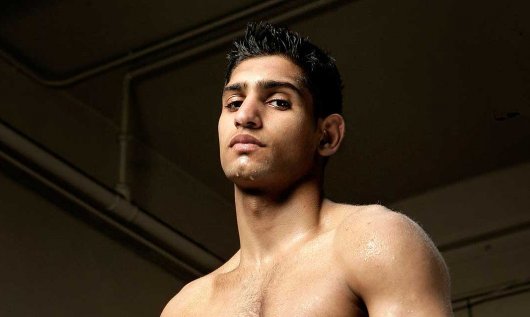 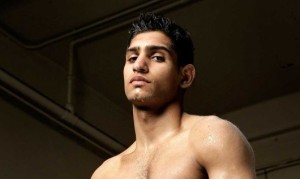 If there is one word to describe WBC Silver welterweight champion Amir Khan, that is the nicest way to put it.

In late 2013, the Bolton fighter turned down a title fight against former welterweight titlist Devon Alexander because he was 100 percent confident that he was going to fight Floyd Mayweather the following May.

He was fooled, not just once, but on multiple occasions.

Mayweather picked Marcos Maidana and after a surprisingly tough fight in May of 2013, the pound-for-pound king made a very rare decision in offering Maidana a rematch the following September.

Alexander eventually fell to Shawn Porter in December and Khan was forced to take a stay-busy fight against veteran Luis Collazo.

He won a 12-round unanimous decision in one-sided fashion.

After negotiations fell through for a Manny Pacquiao fight as the Filipino superstar finally got his opportunity against Mayweather, Khan fought former 140 lb. champion Chris Algieri, who was knocked down six times by Pacquiao in his previous fight.

Unexpectedly, Algieri gave Khan a tough fight, and although two of the three scorecards reflected a somewhat dominating performance by Khan, it certainly was not the case.

Again, Khan ran his mouth about Mayweather and lost his opportunity to his stablemate in Andre Berto.

With Mayweather now retired, Khan has focused his attention on fighting Pacquiao – for now.

Khan was reportedly offered two fights, one against veteran ‘Sugar’ Shane Mosley, and another against the hard-hitting Ruslan Provodnikov.

However, Khan has reportedly turned down those offers to pursue the Pacquiao fight.

This could potentially turn into another embarrassment for the 28-year-old.

If Pacquiao returns to the ring, it’ll likely be around March-April 2016.

Doesn’t it sound like a good idea for Khan to take a tune-up fight before April instead of blindly assuming that he’s going to get the fight that he wants again?

This foolishness is only taking more and more out of Khan as his career continues to progress.