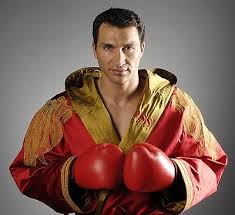 If you’re looking for Wladimir Klitschko’s next opponent, well he may hail from Philadelphia. Bryant Jennings is considered one of America’s best heavyweights and now may land the ultimate prize, a fight with the heavyweight king in New York.

According to a report by ESPN.COM’s Dan Rafael, negotiations have begun between both camps.

“I have been contacted by the Klitschko’s people and they have spoken to me about a possible deal for a fight in the U.S. in the first quarter of 2015,” Shaw said to Rafael.

Klitschko recently signed a 3 fight deal with HBO and he dominated and stopped Kubrat Pulev in the first fight of the deal last Saturday. Klitschko has always wanted to make his return to the United States and with Jennings being on HBO for his last two fights, it is very likely that Jennings would land one of the other two fights left on Klitschko’s deal.

According to Rafael, the two sites bidding for the fight are Madison Square Garden and the Barclays Center with HBO willing to pay 3 million dollars for the fight.

“I also hope that we can make a fight in New York work. It comes down to either MSG or Barclays if we do a fight in the U.S. Jennings would be the preferred opponent for HBO,” stated Klitschko’s manager to Rafael.