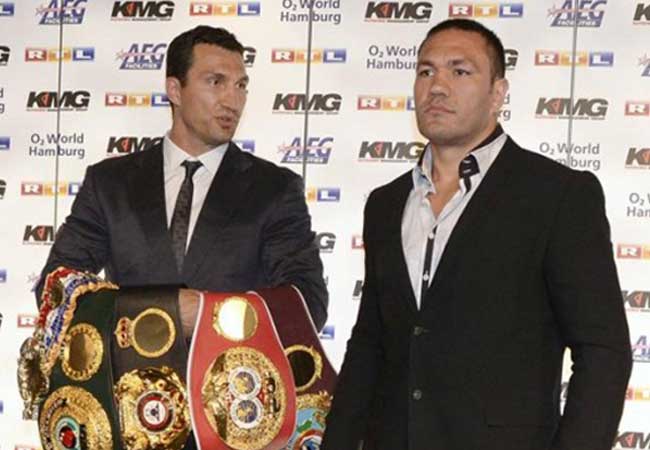 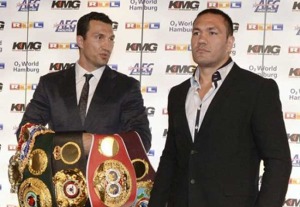 Once again the sport of boxing will be centered overseas. The now familiar scene of the O2 World Arena in Hamburg, Germany will feature a bout between one of the top 10 heavyweight fighters of all time, “Dr Steelhammer” Wladimir Klitschko, and probably the toughest fighter Klitschko has faced in the last five years, Kubrat “The Cobra” Pulev. With almost every fight that either Klitschko brother fights being a forgone conclusion that they would win, this fight actually plants some doubt in your mind as to whether Wladimir can do it again at age 38.

Klitschko has not lost since 2004, which was to Lamon Brewster. It was his second loss in a year span. The biggest knock on Wladimir is his chin. His only three losses all came by him being stopped and it seems to have made him a little timid in terms of going for his own KO unless he sees he’s against an opponent that really has no chance. In all honestly, he has dominated every single opponent he has had for the last nine years ever since his first fight against Samuel Peter, who was 24-0 at the time. They fought against five years later and Klitschko disposed of him much easier with a tenth round stoppage.

Throughout Wladimir Klitschko’s career, he’s always been compared to his brother Vitali. Despite his impressive record of 62-3 with 52 KOs, Wladimir will always seem to be in the shadow of his older brother who is in everyone’s top 10 heavyweights of all time. The ironic part about the debate between the two is that Wladimir probably has the better overall resume, but his style of boxing which leads to a lot of holding and a constant pawing jab, seems to turn people off. Klitschko may not have too many more fights in him before he retires, so he hopes to continue his obliteration of the division.

Kubrat Pulev is currently considered the second best heavyweight in the world, behind Wladimir Klitschko. He’ll be stepping into the ring with an unblemished record of 20-0 with 11 KOs. His best two wins have come in the last two years, stopping Alexander Dimitrenko in 2012 and then winning a dominant 8 rounds to4, 9 rounds to 3, type decision against Tony Thompson last year. He may not have the immense power that Klitschko has, but he is a very skilled fighter with a long reach that may be able to at least bother what Wladimir will want to do.

This is one of those fights that you have to make the legend lose before you bet against him. Yes, this can be very similar to the Bernard Hopkins – Sergey Kovalev fight last week, but I feel that while other light heavyweights have been catching up to Hopkins, there is still a huge gap between Klitschko and everyone else. Because of that I’m going with Wladimir Klitschko to win by unanimous decision.  I can easily make the case that Pulev may come in aggressive and turn this into a slugfest, but I don’t think he will. He’ll try to box and that will allow Wladimir to jab and hold him to death.

No matter what happens, this will just be another week of boxing in the division that was once known as the best division in professional boxing. As we have younger guys trying to move up the rankings like Deontay Wilder, Bryant Jennings, Dereck Chisora and Tyson Fury, we have to realize what they are all chasing. They all want what Wladimir Klitschko has and as of right now, he’s not ready to give it to them yet. Enjoy the fights.