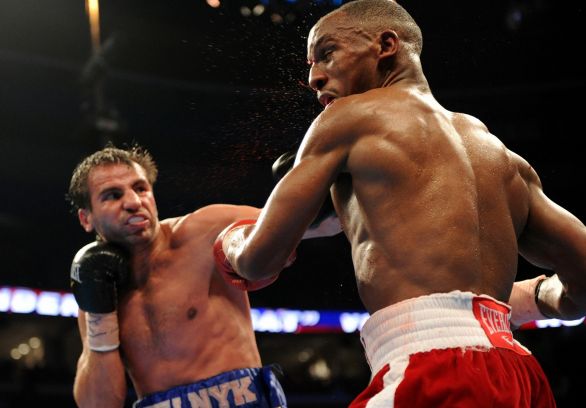 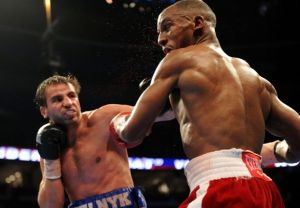 Since suffering a highly controversial loss against Devon Alexander, we have not seen Andriy Kotelnik in the ring.

The Ukranian welterweight is attempting to put the past behind him and get back in contention for a title in his upcoming fight this Saturday, October 4th. Kotelnik will be fighting at Lviv Stadium, located in his home of Ukraine against the relatively unknown Alexander Benudze.

Kotelnik is shaking off a four year layoff since the Alexander fight. Many question his drive for fighting in the squared circle after he announced his retirement in 2012, two years removed from the Alexander fight. Even with the questions regarding his drive, no one questions his talent. Before fighting Devon “Alexander The Great’ he fought the likes of Junior Witter, Gavin Rees, Marcos Maidana and Amir Khan. Coming out of those four fights with a 2-2 record, beating Maidana in a split decision and a TKO victory over Gavin Rees in the 12th round. Winning the WBA light welterweight tittle. Saturday’s fight against Alexander Benudze should be a easy one for the Ukrainian silver medalist, as he has proven himself against tougher competition and shown he can hang with the elite in his division. Besides Kotelnik’s fight with Khan, Kotelnik hasn’t been out-classed as a fighter.

With what looks like a tuneup fight after a long hiatus for Andriy Kotelnik, look to see his hands raised this Saturday at Lviv Satdium.