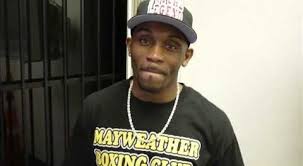 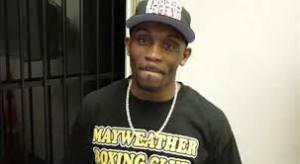 It seems like everyone is ready to weigh in on this Saturday’s heavily anticipated HBO Championship Boxing main event between Bernard Hopkins and Sergey Kovalev in their 12 round light heavyweight title unification match. Many members of the media, fans, trainers, and fighters have already made their predictions. The overall majority seems to be going with the veteran Hopkins.

Mayweather Promotions’ own super middleweight standout Lanell Bellows believes that Hopkins will take it, but he isn’t taking anything away from Kovalev or his chances.

“A lot of people think that Kovalev is going to outpunch [Hopkins] and think he’s going to take it. Me personally, I say B-Hop has weathered a lot of storms so I’m going to ride with the veteran. He has an awkward style and he’s been known to do what he does for so long,” Bellows told Thaboxingvoice.com.

Bellows is excited for the fight and, like the rest of us, remains an interested party to see how it all unfolds. Even though he is adamant about his pick of Hopkins, Bellows knows the dangers of an opponent like Kovalev and believes his power will make for an interesting fight.

“Kovalev, hats off to him, he’s a big puncher, dynamic puncher, actually. I like his style, he goes in there and handles his business. But if I had to pick and choose then I’m going to have to go with B-Hop on that one. I guarantee B-Hop is going to feel some of that power that Kovalev is bringing.

“It could level out the fight to where maybe B-Hop isn’t as explosive in the later rounds as he normally would be because he’s fighting such an explosive puncher and you never know how that’s going to feel, what kind of wear and tear it’s going to be on your body. I’m going to be in front of somebody’s big screen watching, making sure I get to watch it play by play.”