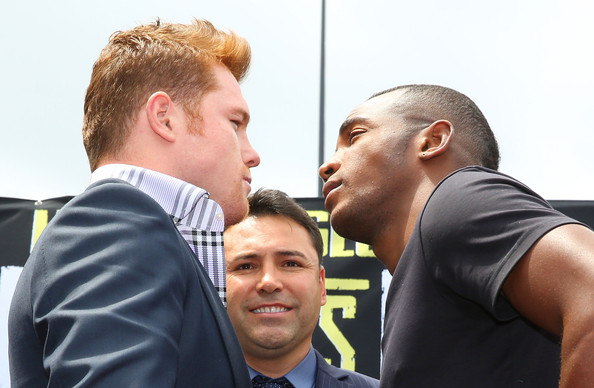 No matter how you feel about boxing’s illustrious “Pound for Pound” list there is no doubt that it will continue to play a factor amongst fans and media, at least for the foreseeable future. Until we can all come to terms with its inadequate implications and indefinable guidelines then we can’t be upset at fighters who put too much stock into it.

Pound for Pound is such a misunderstood notion because what it should be is a list comprised of the best fighters regardless of weight class, i.e. if weight was a nonissue then who reigns supreme. However, the Pound for Pound list as it exists today is correlated with the most financially lucrative fighters and the draw they have with the commercial audience. That is what makes the very idea of Pound for Pound so hypothetical in the first place.

The junior middleweight clash — which is actually being contested 1 pound over the 154lb weight limit — between Saul “Canelo” Alvarez and Erislandy Lara is a prime example of the fickleness such a theoretical list presents.

It is obviously a big time matchup with big time implications, but where do these fighters fall within the landscape of Pound for Pound?

Lara believes he has done enough to merit a place within that list, and with just 19 professional fights to boot.

“I feel I’m top 3 Pound for Pound right now. Some people give [me] credit and some people won’t, the people that don’t give credit don’t know boxing. My job is just to keep winning, obviously the goal is to be the number 1 Pound for Pound fighter in the world,” Lara said through the translation of his manager Luis DeCubas.

Lara has justification for his beliefs, but the reasoning isn’t quite assured. That has less to do with Lara’s resume and pugilistic prowess and more to do with the unfamiliar relationship he has with the casual fan.

Based purely on ability and ceiling I have no arguments with putting Lara in the top 10 pound for pound, although 3 may be a bit high. However, he isn’t in my Pound for Pound list right quite yet based on the fact that he hasn’t won on a big enough stage. Yet, he has competed against some of the division’s best and did so at a time when certain opponents were thought to be very troublesome to say the least. But a win over Canelo would definitely be the springboard he needs.

“Look who I fought, I fought and beat Paul Williams when I only had a few fights. I fought the best at this point. I’m going to win this fight and the people that do the Pound for Pound list will know where I belong,” Lara said.

Although Lara officially holds a loss against Williams, anyone with one good eye knows he won that fight. The truth is his resume — again, with only 19 pro bouts — is more than valid enough to make the argument, but based on the wildly contested nature of Pound for Pound you can’t definitively say he belongs until he defeats Alvarez.