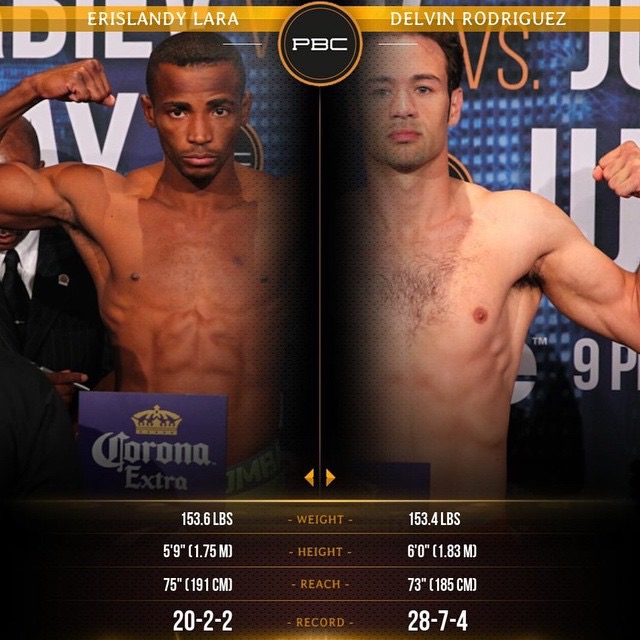 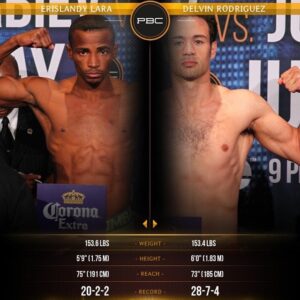 It was Erislandy Lara’s audition tonight on “PBC” on Spike as he took on Delvin Rodriguez in a 12 round bout at the UIC Pavilion in Chicago, Illinois. The fact that Miguel Cotto stopped Rodriguez, and only needed three rounds to do it, put a little pressure on Lara to impress.

Lara was masterful in the 1st round. He was nearly perfect, and it was the kind of opening round that the best fighters in the world dream of having. Lara was allusive but effective, defensive but scoring, and careful but vigilant. If Rodriguez landed anything that round its a surprise to me, but if he didn’t then it adds to Lara’s brilliance.

If the first round was brilliant for Lara, then the second was classic. He was making Delvin miss big, but he was conscious of taking advantage of the openings. Lara was countering well enough, but he was a bit more aggressive with his defensive oriented offense. There were quite a few solid shots landed on the chin of Rodriguez, but Lara’s power wasn’t making a huge difference in the fight quite yet.

The fight went into auto mode as Lara continued to put rounds under his belt and the fight started to look almost identical from round to round. Lara was able to hit without getting hit.

Lara went right back to work, moving and landing. In fact, Lara landed 61% of his power punches in the 7th round.

There were a few mildly dramatic moments throughout the remainder of the fight, but it was pretty much par for the course. Lara boxed beautifully, it’s as simple as that.

Other than a moment in the 10th and the 12th where Lara landed significant leather, there was very little hope of getting Rodriguez out of there early. Consequently, the fight went the distance.

Predictably enough, all three judges scored the bout 120-107 for Lara, giving him the unanimous decision, which brings him to 21-2-2 as a professional.