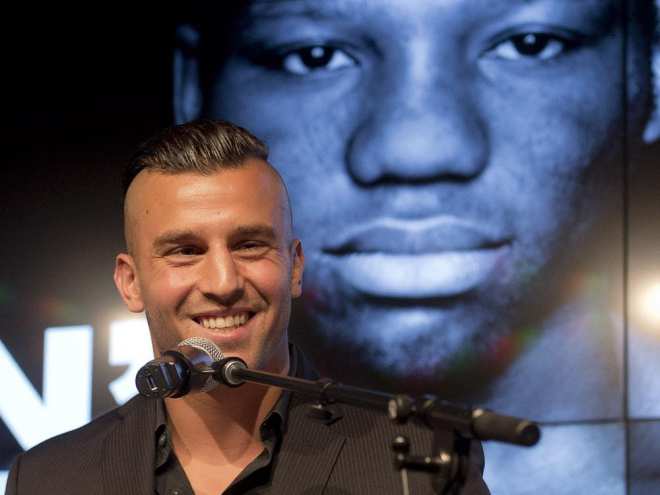 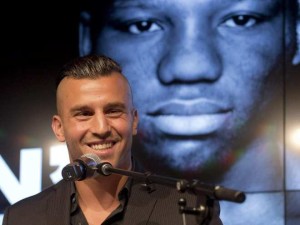 On Saturday June 20, the rugged native of Montreal, David Lemieux will be fighting in front of a hometown crowd for the IBF middleweight championship of the world against former titleholder Hassan N’Dam of France.

“It’s a dream come true,” Lemieux said in a conference call about the fight happening in his hometown. “I’m working extremely hard. My fans always supported me here from my downsides, to my upsides and to my greater side.”

The fight takes place on the 35th anniversary of the legendary “Brawl in Montreal.”

The epic 15-round war in 1980 featured a clash of styles when the boxer from America, Ray Leonard, slugged it out with the bruiser from Panama, Roberto Duran. The fight was an instant classic that saw Leonard lose his first professional bout to the “Hands of Stone” Duran.

Following tradition in this installment, Lemieux (33-2, 31 KO) will likely assume the role of the aggressor, opposite of N’Dam (31-1, 18 KO) who has the ability to play the part of the pure boxer.

This will be Lemieux’s first shot at a major world title in a division that is finally producing noteworthy match-ups, considering all the major names that roam the 160-pound landscape such as Cotto, Golovkin, Quillin, and now the winner of Lemieux-N’Dam.

Lemieux’s punching power is perceived as his greatest asset, and he has utilized it to climb his way out of a slump he suffered 2011.

That year he fought and lost twice, once by knockout and again by majority decision. He was storming through overmatched opposition at the time, until he ran into the veteran Marco Antonio Rubio, who withstood an early onslaught to comeback and overwhelm the young buck in the seventh round.

After his first loss, Lemieux was rewarded with a chance to snag the WBC International middleweight title against Joachim Alcine, eight months later.

N’Dam made a statement about Lemieux’s setbacks, claiming that Lemieux’s upcoming shot at the vacant IBF title was a result of luck. Lemieux responded by pointing out what makes the sweet science unique.

“Well, that’s only going to make him look foolish when I beat him on the 20th,” Lemieux said. “There’s no luck in boxing. It’s a hard man’s work. It’s life or death in the ring. It’s not a game, and there’s no such thing as luck in boxing. I’ve earned my right to be where I am, and I will be where I want to be. So, whatever his comment is, I disregard it, and I don’t concern myself with his opinion.”