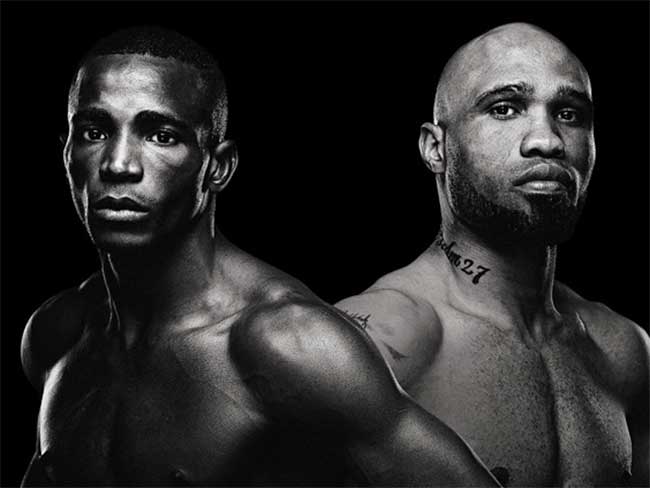 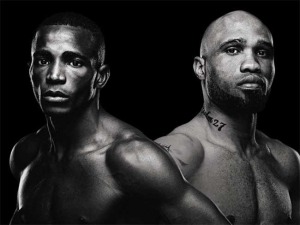 Smith, 36, has gone 2-1 in his past three bouts, beating Cornelius Bundrage and winning the IBF championship by majority decision in February 2013, but lost the title by split decision to Carlos Molina in September of that year. Molina met a similar result, losing to Bundrage by unanimous decision on October 11.

Two defensive fighters vying for the same title, who shall come out on top? Let’s find out.

Round 1: Smith lands with a hard cross to start off the round. Lara goes to the body, doubling up on the hook, but those shots did not seem to phase Smith. A three punch combination lands for Smith. Lara uses his defensive skills to duck under a Smith jab and counter him with a hard uppercut right down main street. Lara scores with a big left hand shot, followed up by a short hook.

Round 2: Lara continues to work the body in round 2. Lara blocks a straight right and lands a sweet counter uppercut. Lara tags Smith with a leaping right hand. That shot buckled Smith’s legs, but he managed to stay on his feet. A hard hook staggers Smith to end the round.

Round 3: Smith works his way inside and scores with a hook to the body. Lara tags Smith with a hard uppercut that had some extra steam on it. Smith lands with a hook to the head and Lara while trying to get away from Smith, walked right into an uppercut. Smith counters effectively, landing consecutive body punches. Lara lands with an uppercut to the head to end the third.

Round 4: A lead left to the head scores for Lara. Smith lands with the cross, but is missing with a lot of punches this round, as Lara dances around the ring. Both fighters trade body shots down the stretch of the round. That round stunk, but Lara was the more effective puncher.

Round 6: The sixth round is more of the same. Smith landed a nice cross. Lara landed a series of hooks to the body and continues to fight from the outside and it is not throwing much. This is when two defensive fighters are being too defensive and both are not willing to engage. It makes for a boring fight.

Round 7: Both fighters exchange to begin the round. Lara lands an effective uppercut to the body, followed by a hard jab. Lara’s body shots are causing Smith to wince in pain. Lara lands effective body-head combinations to end the round. This was easy work for Lara.

Round 8: Smith hurts Lara with a wicked combination. However, Lara gets away and backs into a neutral corner to recover from the shots. Smith peppers Lara with the jab and nails him with a series of hooks and crosses to the head. That was definitely Smith’s best round of the night.

Round 9: Lara is keeping the distance and staying away from Smith’s punches, working to the body effectively. Smith is working hard to protect his body, but is leaving his chin wide open for Lara’s hooks. Lara goes back to the body and lands a sweet hook.

Round 10: This is looking like another one of those “catch me if you can” rounds for Erislandy Lara. Smith lands a jab. Lara lands a cross, followed by an uppercut, but it did not seem to have much behind it. Lara comes in close and digs some hooks into Smith’s body and backs away. Smith cannot make Lara engage him and it is certainly frustrating him.

Round 11: Lara lands a series of uppercuts. Smith fires a combination, but nothing landed. Then, Smith lands an uppercut of his own that surprised Lara. Lara responds with fury and cracks Smith with an uppercut. A stunned Smith will have to hold on. Lara goes downstairs and finds the target with combinations to the body. An uppercut lands for Lara to end the round.

Round 12: A solid left hand lands for Lara. Both men exchange at the center of the ring. It appeared that Smith got the better of it. Lara catches Smith with a left hand and lands an uppercut from well outside and slips away from Smith’s counter punches. Both fighters trade left and right hand punches to end the fight.