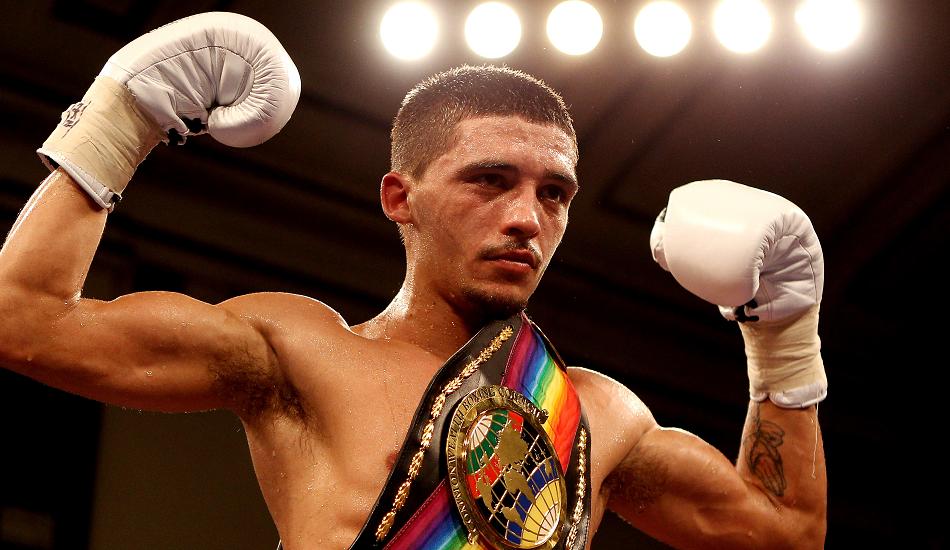 Lee Selby earned a shot at WBC Featherweight champion Jhonny Gonzalez with a 12-round unanimous decision over Romulo Koasicha in a WBC title elimination bout as well as a WBC International title fight at the Motorpoint Arena in Cardiff, Wales.

Selby was effective with the volume of punches by just doing a solid job of keeping Koasicha on the receiving end of three and four punch combinations. Koasicha had a few opportunities in round’s five and seven as he got through with some solid left hooks but he was not able to capitalize on his few effective moments. Down the stretch, Selby was not challenged in the least as he boxed and moved well and cruised home to the victory to the tune of 119-109, 119-109 and 119-110.

Former world Light Heavyweight champion Nathan Cleverly made a splash in his Cruiserweight debut by taking out Shawn Corbin in round two of their scheduled 12-round WBA Intercontinental title bout.

Cleverly hurt Corbin with and uppercut and was relentless with pinpoint punches that continued to snap the head of Corbin back until referee Richie Davies stopped the bout at 2:19 of round two.

Former world champion Gavin Rees and Gary Buckland staged their 2nd war in just over three months that saw Rees capture a split decision in a 12 round Lightweight bout that was Rees’ final ring outing.

The two traded hard shots in close for basically all 12 rounds of the bout that saw many ebbs and flows during the contest. Both guys landed hard thudding shots and had each other in trouble. Rees was cut over his left eye in round 10 but came back to rock Buckland several times in the final two frames.

Rees had Buckland in trouble in the final round but Buckland came on to land a few good power punches of his own.

Smith droped Webb four times in round two, three of them were from vicious body shots. The final knockdown was a left to the body that sent Webb down on all fours and he was counted out at 2:50 of round two.

Paul Smith Jr tuned up for a potential world title shot with Arthur Abraham with a 2nd round destruction over David Sarabia in a eight round Light Heavyweight bout.

Smith dropped Sarabia in the 1st round from a right hand. He hurt Sarabia in round two and pounced on him with a big barrage of punches and the fight was stopped at 1:17 of round two.