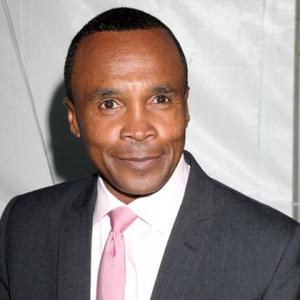 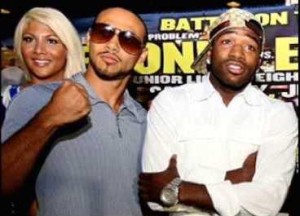 Today marks one of the most important days in the modern era of boxing as Al Haymon’s “PBC” series debuts on primetime NBC. A lot has gone into this moment, and the decisions have been calculated over years, the movements behind the scenes have been meticulously planned, and the events in the timeline are as precise as they are abundant.

This first event is epic, but the questions surrounding its intents won’t fully be realized until well into the strategic planning. Basically, we can’t know whether boxing will be revived until well into the future, and it will take a succession of successful events to achieve the ultimate goal.

However, regardless of this series success in the grand scheme of things, the fighters on the cards can come away as winners despite the overall appeal of boxing from this point moving forward, and their success can be measured instantly. The “PBC” brand will take time to garner the kind of momentum it’s hoping to achieve, but the fighters can make an immediate impact on their career by simply rising to the occasion. I say simply, but their success will reflect years of hard work.

The first two fighters on deck are Keith “One Time” Thurman and Adrien “The Problem” Broner. These are the two fighters on the card with real hope and obvious momentum. They are the kind of fighters that can resonate with mainstream audience and their in-ring abilities, along with their captivating personas, are strong enough to capture the casual fans’ attention in a major way.

This is not to say that their opponents can’t achieve a similar effect if they win in dramatic fashion, especially Thurman’s opponent, Robert Guerrero, who is no stranger to the bright lights of boxing stardom and has been in the bright spotlight that surrounds former Floyd Mayweather Jr. opponents.

Still, the kind of momentum that Thurman and Broner hope to achieve is much more promising based on their fighting styles and personalities.

Few know just how important this day is for these athletes as legendary fighter “Sugar” Ray Leonard, who competed in the era of boxing once showcased on network television. The implications of network television are so immense for a fighter that they can’t be articulated in a specific manner, and yet they are so obvious that even non-sports fans can understand to a vague degree the significance of a great showing in front of a major audience.

Leonard had some last minute advice for both Thurman and Broner, and he was able to discuss with them the necessity of leaving a lasting impression on today’s television audience.

“I was talking with Adrien Broner and Keith Thurman and I was telling them ‘guys, this is it. This is the major audition and the fans at home are the judges, so you have to be on your A-game’ and they understand that this is it, this is a big opportunity that they [have to] take advantage of,” Leonard told Sean Zittel of Thaboxingvoice.com.

However, if any of today’s participants can make an impression, then their audience will undoubtedly come back and demand they get bigger opportunities in the future.