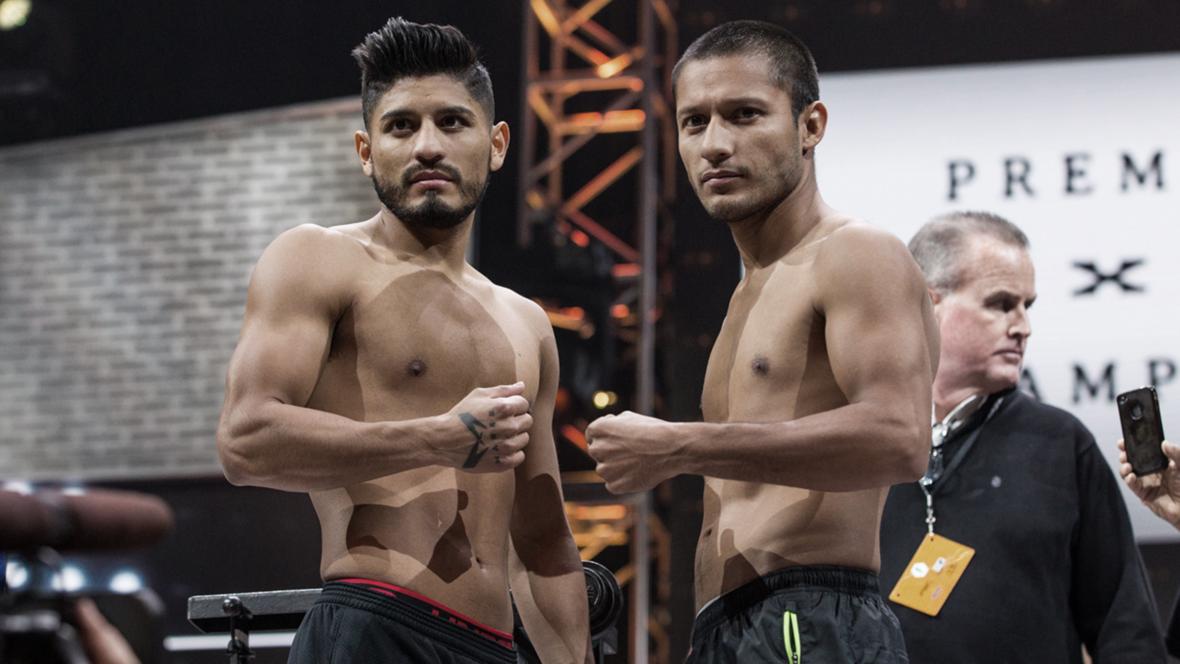 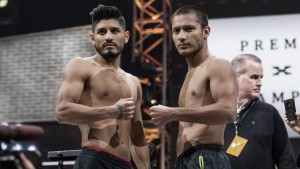 Arturo Santos Reyes will go toe-to-toe against former three-division world champion Abner Mares on the undercard of Thurman-Guerrero in a 10-round featherweight bout that will take place on 7 March from the MGM Grand in Las Vegas. The card commences Al Haymon’s “Premier Boxing Champions” series on NBC (8:30 p.m. ET)

“I feel good. This is my first time here in Las Vegas, but I feel strong for this fight, and I think we will win the fight this Saturday vs. Abner Mares, but I know he is a difficult fighter, but I’m ready.”

Reyes is coming into this fight as confident as can be; he is the underdog, but the 29-year old fighter sees this as an advantage. There have been rumors floating around about Mares’s plans to snag a fight against Leo Santa Cruz and other top featherweights. Reyes believes Mares is more focused on future bouts instead of this one at hand.

“I think Abner Mares is thinking of the fight with Leo Santa Cruz. He is not concentrating on me in the fight. I am here to take advantage of the opportunity in front of me. I think I will win because I’m really prepared for this fight. We have to win the fight and finish the fight. I’m going to go toe-to-toe and look for the knockout from the beginning to knock him out,” said a confident Reyes.

“He’s (Mares) a great fighter, but I see him kind of going down a little bit. I’m going to take advantage of it.”

It will be intriguing to see if Reyes’s knockout prediction comes to light, especially considering that he has not shown much power in his career. Only five of Reyes’s 18 victories have come by knockout. Jhonny Gonzalez, the man who notably knocked out Abner Mares in the first round, is significantly more powerful than Reyes.

“Mares is not the same fighter as before. I see a little bit of hesitation when he moves around the ring.”

Reyes (18-4, 5 KOs) turned pro at the age of 23 in 2009. He won his first five bouts before taking a 10-round unanimous decision loss to Jesus Galicia, who has not amounted to much since. In fact, Reyes does not have any notable victories yet, but he does have notable losses.

In a fight that was actually one-sided, Reyes lost a split decision to former three-division world champion Fernando Montiel in June 2012. In addition, Reyes was dominated by former WBC World bantamweight champion Hozumi Hasegawa in December 2012, losing a unanimous decision. How likely is it that Reyes is going to beat Abner Mares on 7 March? Very unlikely.

Despite the record, Reyes sees himself as an Antonio Margarito in the sport of boxing, hopefully not one that loads his gloves with plaster of paris and pretends not to have any cognizance, but one that has taken many losses to open up his career, and will accomplish his lifelong goal of winning a world title.

“I’m a little older now. But I feel like I’m better, and I will either be a champion this year or next year.”

When asked if he thought Mares-Reyes would produce the fight of the night, Reyes emphasized that this fight is great for Mexicans and boxing fans everywhere.

“It will be a great fight. You have two Mexicans clashing it’s going to be great.”