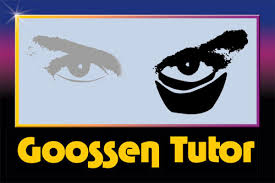 World Class Professional Boxing will return to the legendary Sportsmen’s Lodge in honor of DAN GOOSSEN on Thursday, November 20th.

Stated CRAIG GOOSSEN, son of Dan, “My Dad was the ultimate San Fernando Valley guy and the continuation of this series is the perfect way to honor his devotion to the sport and passion for the Valley.”LIVE AT THE LODGE” will be a key ingredient to his legacy.”

TOM BROWN, Dan’s brother in law and longtime matchmaker said, “Dan loved promoting high quality shows in his hometown. He’s been a staple in the Southern California boxing community going all the way back to the Reseda Country Club, where he first made his mark, up to major championship bouts at Staples Center.”

Also featured in a ten round clash will be hard-hitting and world ranked welterweight WALE “Lucky Boy” OMOTOSO of Oxnard, California.

The Nigerian born Omotoso, 24-1-0 (20KO’s) bounced back from his first loss in 2013 to current world champion Jessie Vargas with an eighth round stoppage of Eduardo Flores on August 1, 2014 at the Little Creek Casino Resort in Shelton, Washington on a card presented by Goossen Promotions.

Making his highly anticipated return to battle at “LIVE AT THE LODGE” will be 2008 U.S. Olympian SHAWN “Manes de Oro” ESTRADA of East Los Angeles.

Bringing a record of 15-0-0 (13KO’s), Estrada will be looking to kick-start his career in an eight round bout following a two-year layoff.

Also featured in an eight round tilt will be Haitian born middleweight prospect WILKY “Silky” CAMPFORT.

Having amassed a record of 18-1-0 (10KO’s) in his five years as a professional, the Fort Lauderdale, Florida native is coming off a third round stoppage of Milton Nunez also on the Goossen Promotions card on August 1.

Further information on all four bouts will be announced shortly.

Goossen promoted a number of boxing events at the Sportsmen’s Lodge in the late 90’s, returning to the venue in the summer of 2012 for sold-out events. His mission for the “LIVE AT THE LODGE” series mirrored his successful template when he and his family began in the Valley during the 80’s with monthly boxing cards at the famed Reseda Country Club with the motto, “Tomorrow’s Champions, Fighting Today.”

From the early 80’s to mid 90’s, Goossen promoted hundreds of shows at the Reseda Country Club in the early 80’s through the mid-90’s where A List celebrities including Sylvester Stallone, Gene Hackman, James Caan, Cheech Marin, Tony Danza, Michael Landon, Billy Dee Williams, David Hasselhoff, Michael J. Fox, Heather Locklear, the Los Angeles Raiders and Mr. T among many others who could be seen sitting at ringside taking in the action.

Many of those early cards at the Reseda Country Club featured future world champions in their initial bouts such as Michael Nunn, the Ruelas Brothers, Gabriel and Rafael, Wayne McCullough and Terry Norris in addition to numerous world-class fighters including Alex Ramos, Randy Shields and Tex Cobb.