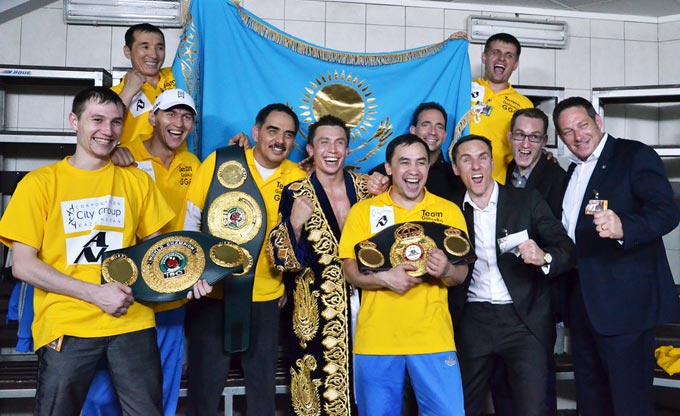 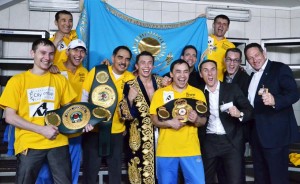 Gennady “GGG” Golovkin is boxing’s most incredible anomaly, though not entirely distinct. Sports is a world where recognition is vital, and it is necessary based on the fact that comprised lists are our favorite thing about athletics. We all love rankings (not sanctioning bodies), we all want to discuss who the best should be in order from worst to best, and it is the debate factor that makes sports so dynamic and therefore we must have athlete recognition.

One of boxing’s oldest unofficial rankings is “most avoided.” This award goes to fighters that are incredibly talented, but don’t possess enough marketability to make the fight worth taking. Basically, it is the “highest risk to reward ratio” award for a fighter.

Now, I say that he is not distinct in the sense that others have fallen under this category before, and some fighters predate Golovkin by a century or two. The most recent would be guys like Winky Wright, Paul Williams, and Marvin Hagler. I used those examples so that it is understood what makes a guy avoidable.

So, if a fighter is incredibly talented but carries an incredible following then they don’t fall under this list – Floyd Mayweather Jr. is an example of a fighter that doesn’t fall into the list because it is an almost impossible fight to win, and yet no fighter would ever turn down the opportunity to step into the ring with him.

Edison Miranda was a gatekeeper type fighter, and he was always put in to lose but simultaneously bump a fighter’s resume on their way to bigger and better things. He would not fall under this list, either.

This brings us to Gennady “GGG” Golovkin and why even though he isn’t the first fighter to be avoided, he is, in fact, a unique case.

Radio Rahim recently did an interview with Tom Loeffler of K2 Promotions, Golovkin’s promoter, and he spoke about the admiration he has for Willie Monroe Jr., who will meet Golovkin May 16th at the Forum in Inglewood, California.

Loeffler admits that being tasked with the job of finding willing participants for Golovkin isn’t an easy job, but the privilege of having a great talent under his banner is worth the agonizing process.

“It’s the best job working with Gennady, it just becomes very tough getting people to agree to fight him. I have to give Willie Monroe Jr. credit,” Loeffler said in the interview published on Seconds Out’s YouTube channel.

Loeffler had hoped to secure a unification bout with lineal middleweight champion Miguel Cotto, which is a dream fight for Golovkin, but he was unsuccessful. In fact, unsuccessful doesn’t even describe how far off he was from making the fight.

“We didn’t get a response from Cotto. I reached out to his people, and you can’t negotiate if you don’t even get a response. That’s one of those fights that either Cotto has to fight him in the future or vacate the title, according to the WBC. Right now, this is the best fight available (with Monroe Jr.).”

It is hard to blame Cotto for not wanting to fight Golovkin because the lineal title had long alluded “GGG” way before Cotto won it. Plus, Cotto is a smaller middleweight, and I think he never really considered the ramifications that came with representing the middleweight class as its most prestigious fighter.

But Loeffler is right about Cotto eventually vacating the title if he refuses to fight Golovkin, and not because Cotto doesn’t have the right to avoid the most dangerous fighters. Cotto wouldn’t be the first lineal champion to avoid the best fighters in his specific weight class, some would argue that fighters have built their careers doing such things.

Cotto has to fight Golovkin or relinquish the title based on Golovkin’s “most avoided” status. What makes Golovkin unique from the other fighters previously mentioned, and those not, is his perceived risk/reward ratio.

When Sergio Martinez was the lineal champion, a growing consensus began to build suggesting he fight Golovkin. The demand wasn’t huge because Golovkin wasn’t as proven as he is today, and his exposure was minimal compared to today. The biggest issue in the logic of making that fight was Golovkin’s viability as a marketable fighter. Martinez had paid his dues and deserved big money fights, but a fight with Golovkin was much more about pride than it would’ve been about dollars.

However, Golovkin has shed the misconception that he is no longer a marketable fighter and Loeffler knows that.

“The excuse used to be that Gennady doesn’t bring any money to the table and that’s pretty much out the window now. People can’t use that excuse anymore.”

The risk/reward ratio with Gennady has closed. He is a dangerous fighter equipped with high level skills and a powerful punch, but now he is an attraction, admittedly not at the peak of his potential but an attraction nonetheless.

“Gennady’s opponents in the middleweight division are some of the highest paid fighters around and HBO’s made a significant financial investment in Gennady’s career. So, with his ticket sales, with the support of the television networks, he’s one of the most marketable fighters around. Trust me, it’s not the financial part of it; it’s just the people that just don’t want to fight him.”