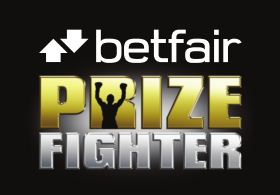 The final Betfair Prizefighter show of 2012 sees the Light-Middleweights III take over York Hall in Bethnal Green on November 3, live on Sky Sports.

Craig McEwan, Curtis Valentine, Pater Vaughan and Navid Mansouri are the first four names in the line-up for the 27th edition of Matchroom Sport’s eight-man, one night tournament, aiming to be the latest man to lift the trophy after Terry Flannigan upset the odds to win the Lightweights II in Liverpool on Saturday.

Scotsman McEwan was on the cusp of World title action last year when he gave Andy Lee a stern test in Las Vegas and will be gunning to get back into the mix with a win in east London, while Nottingham’s Valentine is on a high after a destructive win over Ryan Aston landed him the Central Area title in July.

Unbeaten Rotherham fighter Mansouri has designs on a first major title shot and ‘The Banbury Bull’ will be looking to avenge his semi-final loss in the first light middleweights instalment, which also took place at York Hall.

“On the back of a great Prizefighter in Liverpool, we are going to have eight hungry guys lining up for the big prize in east London,” said promoter Eddie Hearn. “Craig gave Andy Lee one hell of a fight in March 2011 and he’ll be wanting to get back to that level quickly. Curtis showed he has some serious power by beating Aston, Mansouri is an unbeaten man ready to step-up to title level and Peter is a big ticket seller with a lot of heart who loves a tear-up so fireworks are guaranteed.”

The final four names in the line-up will be announced soon.

Tickets for Betfair Prizefighter Light Middleweights II are on sale now priced at £40 (unreserved), £60 (ringside) and £120 (VIP) and available from Matchroom Sport on 01277 359900 and at www.matchroomboxing.com