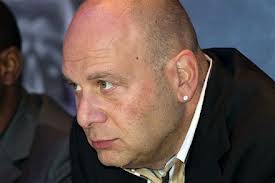 Promoter Lou DiBella has always been vocal on the issues in boxing that many people choose to ignore. He is unafraid to speak his mind no matter what consequence it brings and will speak out even against his own fighters who do not do what they are supposed to.

On November 15th on of DiBella’s fighters, Edwin Rodriguez failed to make weight for his fight with Andre Ward that is taking place on HBO. DiBella openly expressed his disappointment with Rodriguez (which in my opinion should earn DiBella some respect).

“I’m disappointed and I’m really annoyed,” said DiBella. “I’ve been public about this situation with other fighters and talked about their unprofessionalism. I’m not going to change my tune because he’s my fighter. I truly believe in him as a fighter and that he had a chance to do something great. Now he’s in a situation where he can’t win the belt, and he’s been docked money his family desperately needed and I have a hard time believing he will be at his best. I have empathy if he simply couldn’t make the weight but that doesn’t change the annoyance or disappointment or stop me from saying I’m sorry on behalf of his team to Andre Ward, Ward’s team, HBO and to the fans.”