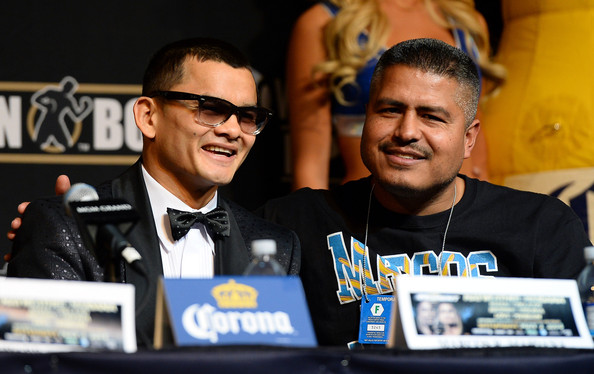 Ahead of their highly anticipated rematch, Floyd Mayweather and Marcos Maidana have already gone through the rounds and fulfilled their press and media obligations. Now, the focus of both fighters and their teams revolves solely around preparations for their September 13th bout. With no love lost between the two competitors, Maidana has made it clear that he is taking advantage of the months ahead of the bout date.

“We begin training on Monday (July 21), and I just have to make some slight adjustments; some of the punches I’ll be throwing, and more than anything work my distance and not smother my punches. I think I smothered my punches in the first fight.”

Maidana is both quick and correct in his observation, but it’s important to note that Mayweather forced him to box with a pair of gloves that he himself chose. This led to some surprising pre-fight drama and the media dubbing the incident as “glove-gate”. Maidana made it no secret that it was a situation that was less than ideal, but never used it as an excuse. It took no time before the media once again began to question whether the choice of gloves will become such a talking point in the rematch, and whether Maidana will actually get to wear the gloves he chooses.

“(I’ll) most likely wear the same ones I used in the first fight. They just didn’t feel comfortable since they kinda felt like pillows.”

The glove situation may be the only thing Maidana and his team are uncertain about as they seem confident about everything else going into this rematch. They are especially certain about how Mayweather will carry himself during the fight and the kind of style he’ll hope to use against the hard-hitting Argentinian.

“I think he’s going to run; he always runs. In the first fight, he said he was going to stand toe-to-toe and fight, and then he started to move once I attacked.”

With the press conferences now behind the two fighters, all focus now goes towards preparing for their September date. Still, the media will be sure to follow every action and statement made by both teams’ camps, but especially those made by the boisterous Mayweather.  With his penchant for controversial statements and scathing trash-talk, Mayweather is sure to get under the skin of any opponent, but Maidana remains unfazed. After having dealt with Broner and Mayweather back-to-back he has learned to take it all in stride as he remains focused on the task at hand. Then again, the fact that he doesn’t speak English certainly helps.

“I really don’t understand him so I don’t care what he says.”