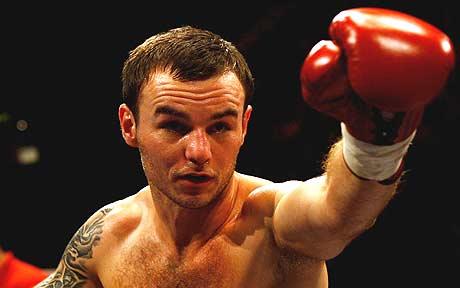 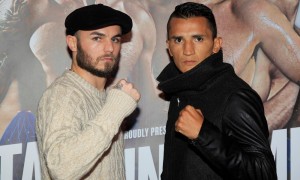 As Kevin Mitchell (38-2, 28KO’s) approaches his match with Daniel Estrada (32-3, 24KO’s) on January 31st at the O2 Arena in London for the vacant WBC Silver lightweight title. He will be aware of the presence of an all-time great in his opponent’s camp; Juan Manuel Marquez.

Marquez is said to be assisting Estrada’s(and his own) trainer Nacho Beristáin with the fighter’s preparations. He spoke with skysportsboxing.com to iterate the confidence he has in his stablemate, despite Estrada’s stoppage loss last time out to Omar Figueroa in an ill-fated attempt for the WBC lightweight title.

“Daniel fought for the title against Omar Figueroa. It didn’t go well, but he wants to vindicate himself with the WBC Silver belt which will open the door to another world title fight. He comes with that dream.”

An inability to stick it out against the big guns is something Mitchell should be able to empathise with. In 2010, he went into a fight with Michael Katsidis for the WBO interim belt undefeated at 31-0. Mitchell got decimated inside three, by the hard hitting Aussie, who at that time was a force to be reckoned with.

A reputation that was given more credence when he dropped Marquez in his next fight en route to a ninth round stoppage loss. It’s strange how if Mitchell would have beaten Katsidis, perhaps he would have gone on to face Marquez instead of one of his protege’s nearly five years down the line.

An inconsistent spell followed Mitchell’s first loss, as he looked spectacular against John Murray in 2011 before getting stopped by Ricky Burns in the fourth the year after. The fight against Burns has been his only shot at a full world title thus far. He is trying to break through to the top level just as Estrada is; a parallel Marquez was quick to identify.

“I think that Mitchell wants the same thing. He is a good fighter; he’s a man who has kept himself at a good level in terms of his style of boxing. I think it’s a difficult fight for Daniel, difficult because of Mitchell’s style and also because the fight is in his country. It’s an interesting and important fight, and it will be good for the fans watching.”

Home advantage is huge for any fighter but not an essential ingredient of victory. Mitchell’s loss to Katsidis took place at Upton Park, the stadium of West Ham football club of which Mitchell is an avid supporter. Mitchell himself has on many occasions since owned up to complacent preparations for that one and needs to be careful, not to allow that dreaded condition to overcome him again.

This is about Mitchell was expecting to be for the IBF title after he won a final eliminator in his last match against Ghislain Maduma in May last year. But he was stripped of that position by the sanctioning body because he put on too much weight after making the 135 .lb. Limit. Sounds fair, but Mitchell needs to put that aggravating circumstance behind him and remain on-task.

A fight that will surely hoist the winner into the mix for a WBC world title shot against Jorge Linares, who claimed the vacant strap in December after it was given up by Omar Figueroa. Regardless of the result Marquez believes it will be an entertaining fight and sees his countryman’s presence as the catalyst for excitement.

“I always say that when a Mexican is in the ring he’s going to put on a good show, and he wants the victory, that’s why fans enjoy fights involving Mexicans.”