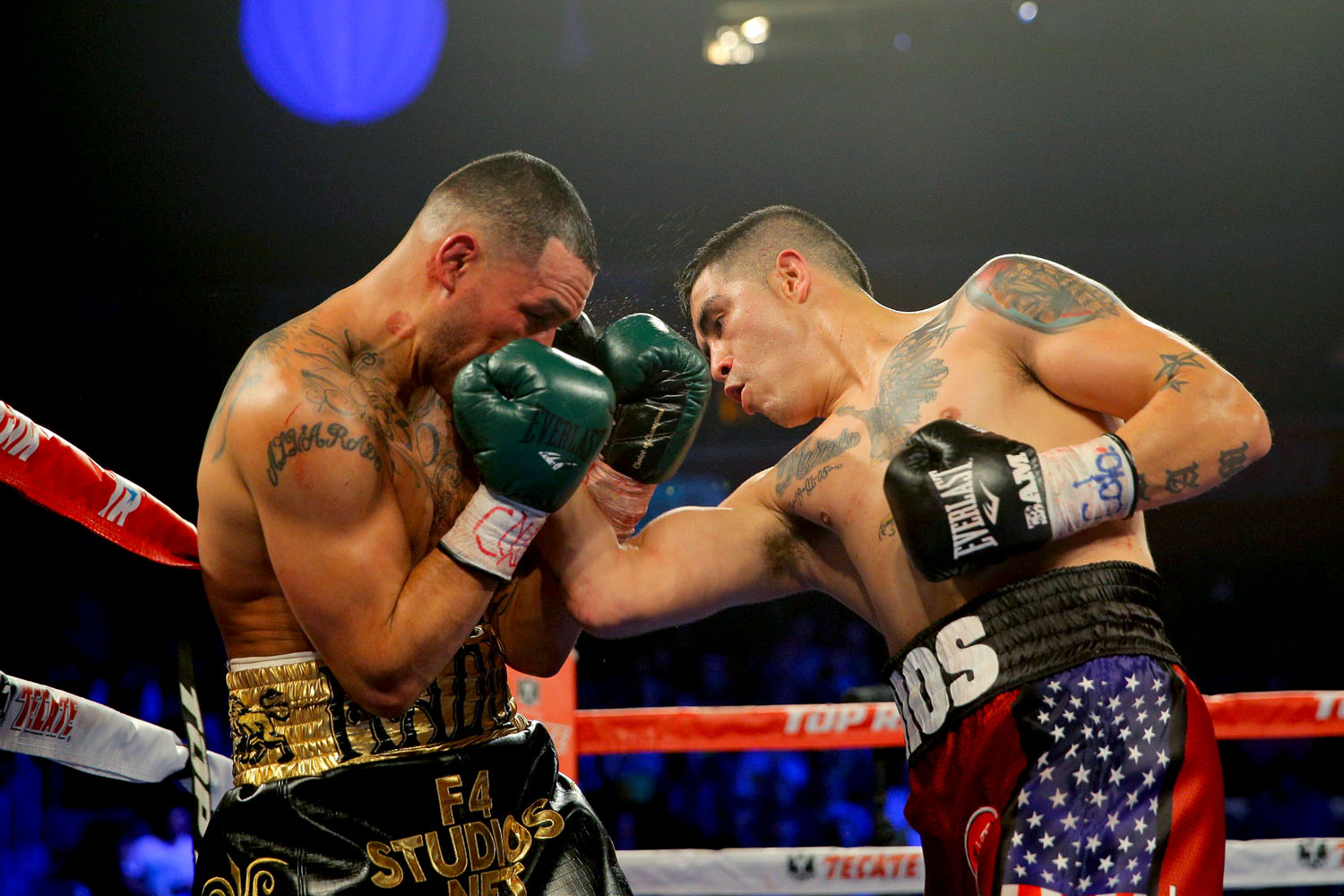 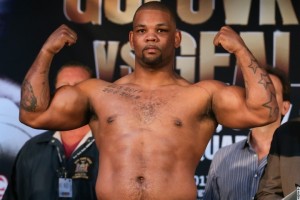 Following Brandon Rios’s impressive return to form last Saturday night with a stoppage win in three rounds over Mike Alvarado. Heavyweight contender Mike Perez (20-1, 12KO’s) gave his take on what he had just seen to Luis Sandoval of FIGHTHYPE.COM.

The Ireland-based Cuban was very impressed by Rios (33-2, 24KO’s) who came implacably forward with trouble in each glove to put on a display of continuous and accurate punching.

“Yo man he’s a beast man. Like, he trained very hard for that fight. He was very focused, so he do what he do you know.”

Rios entered the ring looking trim and ready for the first time in recent memory. Alvarado came in after Rios as he was the hometown fighter, there was no major title on the line, and they were essentially in his back yard at the 1stBank Center in Bloomfield, Colorado.

Nine minutes later a triumphant Rios had his arms raised above his head having beaten the living daylights out of Alvarado in a quite frightening display of concise punishment.

As Rios showed the kind of ruthlessness that brought him to the attention of boxing fans several years ago but had been clearly lacking recently, the question is whom he will face next. Perez thinks Rios has options given the style of fight he is capable of initiating when in this kind of mood.

“Yo like, Brandon is a nice guy; he’s a very entertaining fighter, so that depends on his team and whoever they want him to fight.”

As soon as the towel had was thrown in by Alvarado’s corner, with their disheartened fighter slumped on his stool. HBO announcer Bob Sheridan instantly floated the idea of a second shot at Manny Pacquiao for Rios. Rios pretty much lost every round when they met nearly fourteen months ago; a return to that haunted ground would be inadvisable.

Perez himself has actually trained at Rios’s camp in the past and had nothing but complimentary things to say when talking about his experience at the Robert Garcia’ Boxing Academy in Oxnard, California. 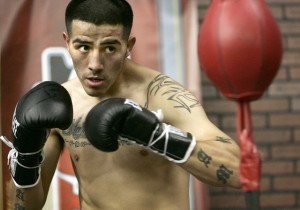 “Yeah, you know very good, it’s like the experience is very good, one of the best experiences have had since I turned pro you know. It was cool man the people are nice, even Brandon he’s a nice guy you know, he says a lot of shit but he’s a very nice guy man.”

Rios is known for his mischievous nature. His humor shone through when footage of him strumming an air guitar as he was meant to be warming up in the dressing room streamed via live broadcast. It was an endearing sight. The comments about his good nature from Perez are parroted by others inside the fight-game who have been around Rios. So it was nice to see an honest performance from him. He came in ready to go to war, and his willingness to do so could not be matched by a bewildered Alvarado, who looked physically spent from the opening bell. If Rios can consistently produce performances like this, all the welterweights around the top ten need to watch out.

As for Perez, he is scheduled to return to active duty in early February against Darnell Wilson (25-18, 21 KO’s) following a dip in form in his last two outings. Almost exactly one year ago he fought to a majority draw with Carlos Takam, before being edged out in a split-decision loss to Bryant Jennings, who is now next in line to face Wladimir Klitschko. He will need to put on a dominant display against an opponent of this caliber if he is to be still regarded as a one to watch in the top division.