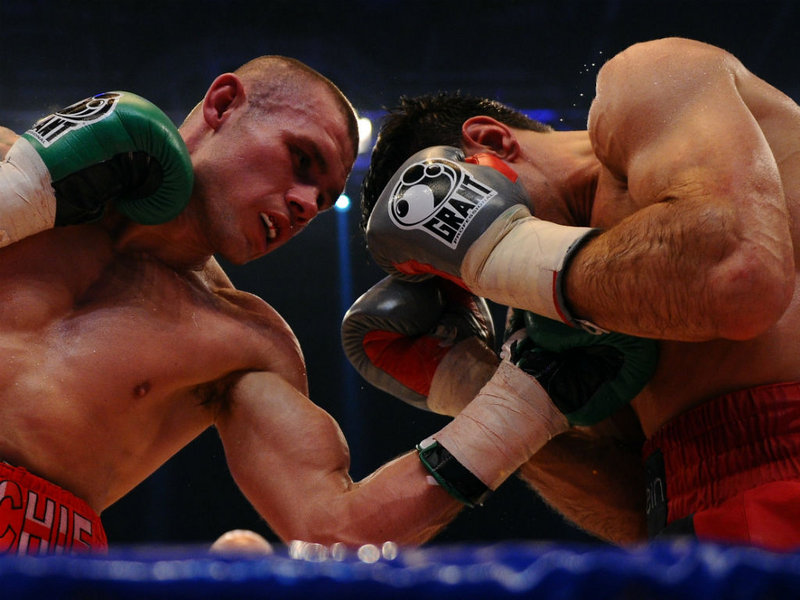 Up to this point Murray has impressed throughout his career, winning an ABA title in 2004 and possessing as of today an undefeated record. He also has bragging rights in the form of his impressive display when winning the ‘prizefighter’ Middleweight one-day tournament. In the past few years he has began to step up a level in his career winning his Commonwealth and Inter-Continental titles in 2010, then adding the British title to his collection last year. A minor setback occurred in his last bout against the German WBA champ Felix Sturm (37-2-2), resulting in a draw and the only blemish on his current resume. This was a controversial and questionable decision, as Murray appeared to dictate the pace and get the better of Sturm over the twelve rounds.

Now he wishes to continue his career with the hopes of getting another title shot which he can convert into his first major belt. Standing in his way is the 25 year-old Frenchman Karim Achour who has not yet achieved as much as himself. This is Achour’s first professional bout outside of France and against competition of notability. His most impressive win to date would be Francois Bastient (41-9-1) whom he won the French title from in a fight which experience was far from on his side. On top of this his two losses and two draws have come from competition that Murray can be considered greater than. He is currently on a seven fight winning streak.

In the ring these two match up largely in favour of the Englishman. Murray has much better success at both professional and amateur level. Not only this but in terms of his abilities he appears far ahead. Achour does demonstrate a very fan-friendly style, coming forward and demonstrating willingness to get in the ring and trade punches. Regardless of this I think the skill deficit he possess is too large in order for his to use this style efficiently against the better technician.

The Frenchman does not even have a looming chance of a KO in my opinion which many underdogs do possess, as in his 13 wins he has only scored a disappointing 2 knockouts. Even these were not full-blown knockouts and were stoppages leaving me to believe Murray has been hit by much larger punchers and his chin has stood the test up to now.

To conclude, I believe the French fighter has very little chance against Murray whilst I do admire his bravery in traveling over to the UK in order to fight a big favorite. I do not see the bout lasting long and I predict Murray will have his opponent out of there by the 4th or 5th round.