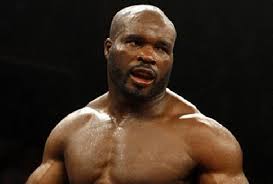 The hotly anticipated cruiserweight clash between Mateusz Masternak (33-2, 24 KOs) and Jean Marc Mormeck (37-5, 23 KOs) has been confirmed for December 5 at the Palais des Sports in Issy-les-Moulineaux, Hauts-de-Seine, France.

Masternak, who returns following the fourth-round stoppage of Ben Nsafoah, is ready to get his world title ambitions back on track when he travels to Hauts-de-Seine to face the legendary French cruiserweight on his home turf.

‘’Mormeck is a great boxer,’’ said Masternak. ‘’He may have struggled at heavyweight but as a cruiserweight he is still very dangerous. I will need to be 100% prepared, but I believe in myself and I believe I can beat him.

‘’I have no fear of fighting in France. A boxing ring is a boxing ring no matter where in the world you are. I have fought away from home before and I know what to expect.

‘’This is a massive fight for me. If I win I will put myself back in the mix for a shot at a world title. But at the moment, I can’t risk looking past this fight. This is the most important fight of my career. It’s a fight I must win!

The Polish ‘Master’ has a tough task ahead of him. His opponent Mormeck is a former two-time world champion, who following a brief spell at heavyweight has returned to the cruiserweight division with the sole intention of reclaiming his belts.

‘’My goal is to challenge for world titles,’’ said Mormeck. ‘’This fight will pave the way for me. This is not a dream. This is a reality. I have been world champion before and I will become world champion again.

‘’I don’t study my opponents before a fight. That’s not my thing. I have watched only three rounds of Masternak, but for me that is enough. He is former European Champion with a decent record so I know he will be a tough opponent and I’m expecting a good fight.’’

‘’This is a fascinating match up,’’ said Masternak’s promoter Nisse Sauerland. ‘’There is a lot at stake for both men. It’s a fight that neither can afford to lose. Mormeck is a quality fighter. He has been in with and beaten many of the best. On December 5, Mateusz has the chance to prove he belongs at world level by beating a former world champion in his own backyard!’’