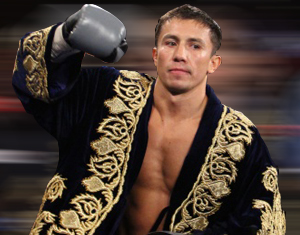 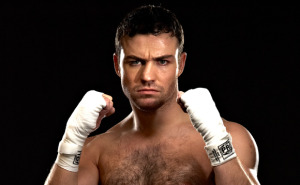 Thirty-two-year-old Macklin challenged Golovkin in June 2013 and came up short, losing via stoppage in round three. Since then he has watched the man known as ‘GGG’ go from strength to strength, defending his belt a further four times, and now awaits the challenge of Murray in Monte Carlo.

“I think Martin’s a solid all-rounder with a good defence,” said Macklin. “He’s not a massive puncher, but he looks physically strong, and he’s technically sound and very well-schooled. He doesn’t telegraph his shots. He’s tough and seems to have a decent chin.

“Murray has never really been bashed up before, either. He drew with (Felix) Sturm, and he lost a close one with (Sergio) Martinez. Both fights were very competitive, and Murray didn’t take a lot. He knows how to look after himself at the top level.

“Still, I don’t think Murray can beat Golovkin, and I don’t want to romanticise his chances; I’d be surprised if he lasted the distance. But, having said that, Martin has a very tight defence and is a solid enough fighter. If anybody can go rounds with Golovkin, you’d think it would be someone like Murray.”

Of course, going rounds with a fearsome puncher like Golovkin is easier said than done. Macklin has firsthand experience of this. So do 30 other beaten opponents.

“Golovkin is so aggressive and has so much variety,” explained Macklin. “He also hits very hard. He can open up even the tightest of defences.

“In boxing, it’s easy to be relaxed when someone can’t hurt you. But, when they can, it’s a different story. You burn up a lot more nervous energy and you’re panicked into making mistakes. It’s a different ballgame with Golovkin.

“Ultimately, I think Golovkin’s composure will shock Murray. That’s what shocked me. He’s very relaxed, with brilliant footwork, and he’s always balanced to throw punches. He judges distance extremely well and can cut off the ring better than anybody.

“It’s not even so much about the power. Obviously, he caught me with a corker of a shot and badly hurt my ribs, but, up to that point, I felt his power was solid but not enough to shake me up. It was more about his all-round ability, his composure and his confidence. Nothing fazes him, and he’s able to exert a lot of pressure very quickly.

“I guess a lot will depend on Martin’s ambition. He’ll go into the ring looking to win, but that can quickly change once Golovkin goes to work. You see some guys just looking to survive after a certain point. If you try to win from round one to twelve, it’s unlikely you’ll last the distance with someone like Golovkin.”

No man has lasted the distance with Golovkin since 2008.

Though a fan of the Kazakh destroyer, Macklin hopes countryman Murray can go one better and hand ‘GGG’ his first career defeat.

“I’m a big fan of Golovkin and was a big fan before I fought him,” Macklin admitted. “He’s a fantastic fighter and a lovely guy. I’ll be following his career and supporting him in the future.

“But it would be great for Martin Murray and for British boxing if we could get that world title over here. I think Martin will give a great account of himself. I just don’t think he has enough to beat Golovkin. Then again, this is boxing, and big upsets happen. Who would’ve thought ‘Buster’ Douglas could beat Mike Tyson in 1990?”