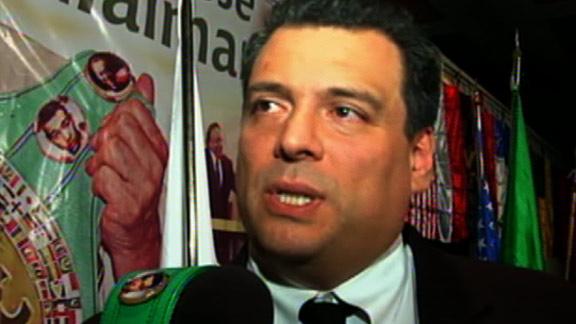 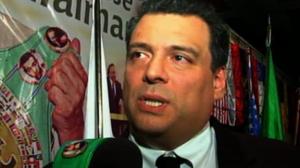 The WBC recently announced that they are partnering with promoter Sampson Lewkowicz to create an eight-man super welterweight single elimination tournament called “The Jose Sulaiman Cup” that will begin in April.

In something of a surprising move, the WBC has just confirmed that they will be implementing VADA testing during this tournament. Their press release stated:

“The ‘Jose Sulaiman Cup’ will be conducted under the new ‘Clean Sport Initiative,’ a program developed by VADA in conjunction with the WBC. All 8 fighters will be subjected to random testing through the duration of the tournament and this unprecedented program has as an objective to prevent and to serve as a positive message from our sport to the youth of the sport.”

VADA (Voluntary Anti-Doping Association) is a reputable anti-doping organization with a solid reputation for catching cheaters. In the past, Brandon Rios, Andre Berto, and Lamont Peterson have all tested positive for banned substances in tests conducted by VADA. In the cases of Berto and Peterson, their positive tests resulted in canceled fights.

VADA is very good at what they do. Some would say “too good,” if you were to believe the rumors about why certain promoters avoid using them. Unlike issues other organizations have had, VADA has had no problems with getting test results quickly and efficiently. With this reputation, I have to tip my hat to the WBC for choosing VADA.

Hosting a tournament like “The Jose Sulaiman Cup” is no easy task. With 8 fighters in the mix, injuries and issues outside the ring are always a concern. Now the WBC has implemented, what many consider to be, the most stringent and effective testing in the sport. Testing that has resulted in fights having to be canceled in the past. This is a risky move. Commendable but risky, nonetheless.

So risky, in fact, that I did not believe it. The wording “a program developed by VADA in conjunction with the WBC” in the WBC press release made me curious if the testing program would be a modified version of what VADA has done (very effectively) in the past. I reached out to VADA President Dr. Margaret Goodman, and she was kind enough to confirm that there will be no changes to the VADA program:

Goodman replied, “This tournament/Jose Sulaiman Cup will be conducted under the same/traditional VADA program while the details of the WBC CSI (Clean Sports Initiative) are crafted & formalized.”

For all the criticisms he receives from time to time, you have to commend WBC President Mauricio Sulaiman. Not only has he chosen to take on hosting an 8-man super welterweight tournament but he has also chosen the most legitimate route possible in assuring that “The Jose Sulaiman Cup” participants will be PED free and fighting on a safe and level playing field. We should all consider this great news for the safety of the participants as well as another step in the right direction for the sport of boxing.