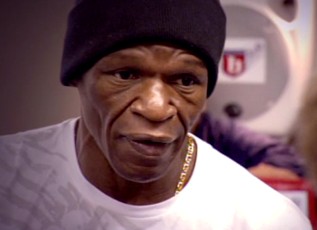 The father of the pound for pound king Floyd Mayweather Sr. takes a moment out of his busy schedule, to answer some questions for the Tha Boxing Voice. He shares his thoughts, on the possibility of his son, fighting at 160lbs middleweight limit.

Here is what he had to say:

“I was just telling some people right there; that is very, very foolish, for him to do” he added “then when you go as far saying, Bernard Hopkins” emphatically “that’s even stupider! You just said Middle Weight, now you talking about light heavy weight, next we going to be talking about Heavyweight, come on man.”

TBV: The reason why I am asking about Middleweight, is because Canelo, Floyd’s last opponent weighs in at about the same weight as the current lineal champ Sergio Martinez, could you see Floyd facing him?