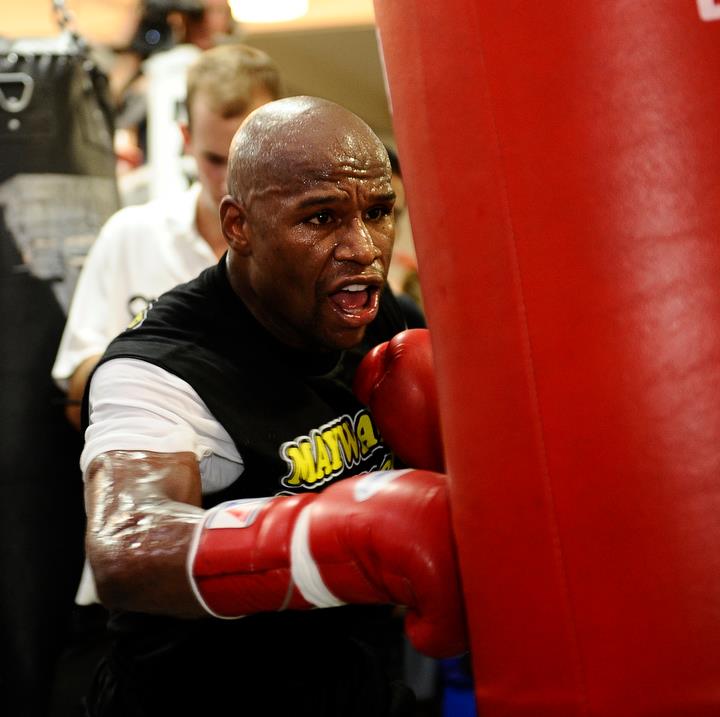 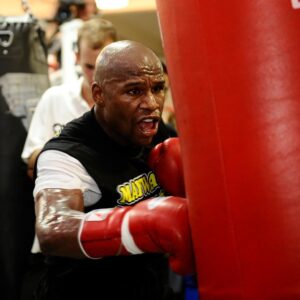 The video featured four exclusive 10-second training clips leading up to what is supposed to be the final bout of his illustrious career at MGM Grand on September 12th.

Although Mayweather hasn’t officially named his opponent for the fight, you can bet that a decision has already been made or is very close to being made.

“Training camp has started,” Mayweather said on his Instagram.

Days ago, Amir Khan sent a Snapchat of him and others at what appeared to be a luxury car show. At the event, also included some fun games for fans, including a punch machine. When Khan zoomed in on the glove, Floyd Mayweather’s face appeared on it.

That could be a hint.

When Mayweather was at his gym prior to Broner-Porter, he was wearing a London hat. I’ve been saying it all along, but the hints keep pointing to a clash with Khan. I could be wrong though.

Besides, Mayweather has fooled us before.

Mayweather tweeted in February 2013 that he would likely face Devon Alexander – he ended up fighting Robert Guerrero in May – and when he toyed with the idea of fighting Amir Khan, deceiving him into believing he was going to get a shot, he fought Marcos Maidana twice in 2014, who Khan beat in 2010.

Mayweather is a man that’s known for flaunting his money, but when it comes to business negotiations, the people have learned time and time again, it’s not official until Mayweather says it is.

Mayweather could pull a Bernard Hopkins for all we know and fight for nine more years.

However, I do know this: Andre Berto and Karim Mayfield are not in the running.