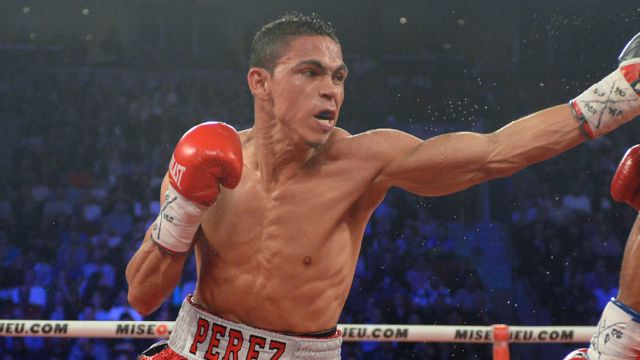 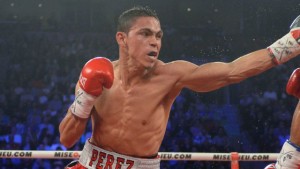 Darleys Perez (32-1, 20 KO’s) has traveled to Manchester, England to put his WBA World lightweight title on the line this Saturday against hometown kid Anthony Crolla (29-4-2, 11 KO’s), but the Columbian promises to remain unfazed in front of a hostile partisan crowd.

The card at the Manchester Arena is sure to provoke a veracious response from those in attendance with comparisons being drawn to Ricky Hatton’s famous victory over Kostya Tszyu a decade ago, and with Crolla making an emotional return after suffering life-threatening injuries at the end of last year whilst thwarting a home invasion.

WBA World super-bantamweight champion Scott Quigg also features against Kiko Martinez and hails from the nearby town of Bury, and this show will cap a fortnight of world championship boxing in Manchester after Terry Flanagan won his WBO lightweight title at the Velodrome last week. The atmosphere will be electric.

The visiting champion told World Boxing News he is remaining focused on preparations for his first defence though he acknowledges the kind of response he is likely to receive.

“I think getting adjusted to the different time zones has probably been the most difficult part of this fight. I trained in Los Angeles and now I’m in England, so just getting used to the time change and getting the required amount of rest before fight night is what I’m focused on.”

“He’ll have everyone in the arena rooting for him. He’ll have the full support of the crowd, but none of that bothers me. I know what I have to do to win and there’s no way I’m going back to Colombia without my world title.”

Perez cited “mental and physical fortitude” as one of his main strengths and will need it when faced with the overt disdain of the 20,000 or so that will be in attendance that night.

A crowd like that can shake a man to his boots like it did to Lucian Bute when he traveled to Nottingham to take a beating from Carl Froch who took his IBF belt and his undefeated record. But the mentally strong tune it out like Terrence Crawford did in Glasgow to take away Ricky Burns’ lightweight title. It all depends on the individual but the crowd’s presence is always a welcome one for the hometown fighter.

The challenger Crolla will need more than just their support though. He is back in at the deep end after the unfortunate incident that sidelined him for many months and nobody will know for sure what kind of mental or physical wear and tear it has left on him.

The 28-year-old has not faced anyone at the higher end of the scale since 2013 when he outpointed Gavin Rees over twelve rounds and Perez stands as the stiffest test of his career so far.