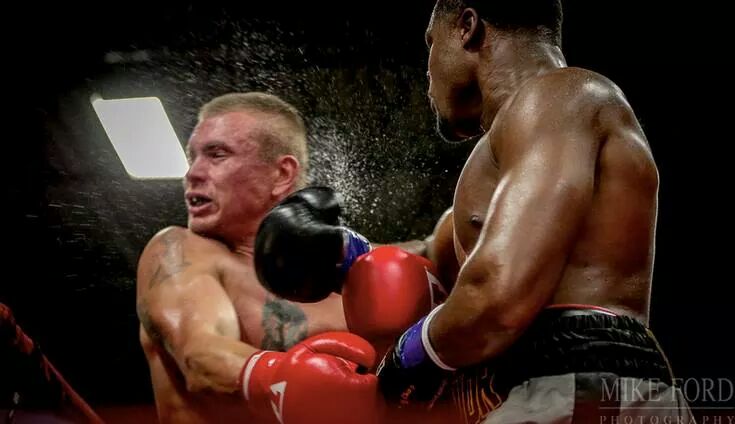 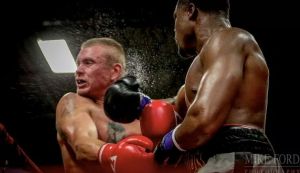 Undefeated Cruiserweight Junior Wright
(12-0-1, 10 KO’s) has been making waves and is climbing up the ladder to become one of the top contenders in the 200 lb. division. After defeating several undefeated contenders including undefeated Nick Kisner 12-0.
Junior Wright burst on to the scene with his Fight of the Year candidate with another top rated undefeated contender Steve Bujaj which took place on May 15, 2014 at the Millennium Theater in Brooklyn.
Wright, who is promoted by Star of David Promotions and regarded by many to be the top cruiserweight prospect in the world is looking to become a top-10 contender in the early part of 2015.
You just had a 3rd round stoppage over Lucas St. Claire in a “Stay Busy” fight on November 1 in Milwaukee. Talk about the fight?
St Clair was a big puncher. He has MMA and boxing experience. I train hard and prepare well for all fighters. I got a chance to work on some things we have been practicing in the gym. I hit him with straight shots, dropped him 4 times and got the 3rd round knockout.
Will you fight again this year?
We will try to get 1 more fight in this year before coming back to NYC on Jan 22.
Talk about coming back to NYC?
I am very excited to come back to NYC. It is where my biggest fight against Bujaj took place. Following that fight I had a lot of support from local media and boxing fans. NYC is a boxing center and I look forward to putting on a great show and making more fans. But I am really looking to get one of the belts. I am just trying to perfect my craft and fight the best in the Unite States and Europe. I want to win belts and defend them.
Steve Bujaj is on the the card on January 22nd. Will you keep an eye on his fight?
Not really, i will let the coaches do all that. I just take care of my business.
What are your plans for 2015?
My biggest goal is to fight on Showtime on HBO. I feel like I am close to getting there.
What Cruiserweights are you pin pointing?
European champion Rakhim Chakhkiev (2008 Gold Medal winner)—he is an awkward lefty…, Dennis Lebedev, (Former WBC Champion) Krzysztof Wlodarczyk ..He is Polish and would draw a big crowd in my hometown of Chicago, So i think that would be good business…We also would like to the winner of the Nathan Cleverly – Tony Bellew fight.
You are signed with Dmitry Salita’s Star of David Promotions. How has that relatonship been?
Dmitry is the best! I like the way he operates. He doesn’t believe in wasting time. He has kept me busy. Because of him, we have connections in the UK, Russia & South Africa. He understand a fighter and the importance of staying busy and getting better in the ring. I had 2 fights since August away from the bright lights perfecting my skills. I train hard and am getting better every day. I can’t wait to get my opportunity!
Coach Rick Wilson..
Junior is an all action, worth the money to see fighter. Thats why we nicknamed him the Hurracaine. Whenever u see a newscaster at the front of a Hurricaine, u want to see that.. Junior can knock u out with either hand. We would be ready for Bellew or Cleverly. We want a few more learning fights under our belt and we know Dmitry can get us those fights with his world class connections…South Africa, Russia and the UK
Junior beat several undefeated fighters and we took chances early in his career because I know my fighter! We fought 1 world class fighter in his back yard…Jrunior Broke his nose and jaw and with shotty refereeing we still got a draw. We would have to had to shoot him to get a decision. Junior has fought nothing but formidable guys. 4 or 5 more fights we will be fighting at the highest level.With Dmitrys connections we hope to fight 1 of the upper echelon champion’s. We will try to get another fight in before the end of the year and are ready to blast on to the scene big time!
Junior, do you have any final statements?
-Be prepared for the hurricane
Tweet