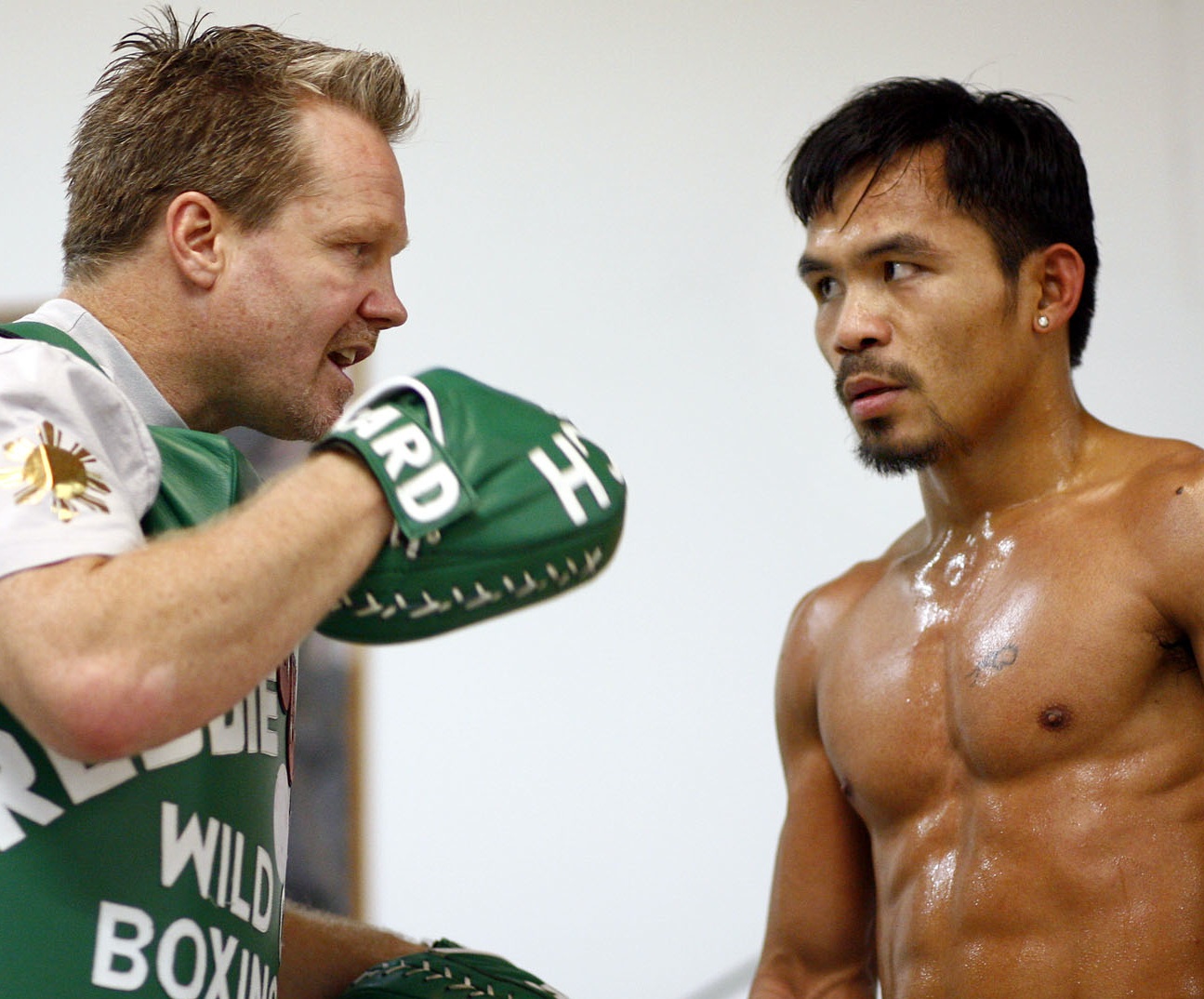 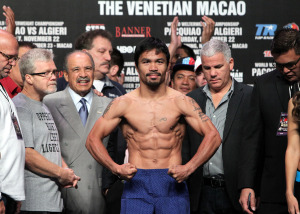 It has been widely reported that Manny Pacquiao and his team have agreed to Mayweather’s demands for a bout on May 2nd and are just waiting for Mayweather to fulfill his end of the bargain.

In an ESNEWS video, Pacquiao’s advisor Michael Koncz explained there has not been any significant progress in the Mayweather-Pacquiao negotiations since last week. He stated, “The latest is the same as it was last week, I mean we’ve agreed to all negotiated points and terms. Manny has signed off on it, we’re waiting for Floyd.”

Koncz is hopeful the fight would happen, but has already explored different routes if the bout doesn’t come into fruition by the end of the month. “We’re not going to sit around and wait,” Koncz told ESNEWS. “We’ve already started to go at another direction, but that doesn’t mean we’ve closed the door on Floyd, it just means we’re not going to sit here week in and week out. If Floyd wants to accept the fight we’ve done it on his terms so let’s do it. If not we’d be prepared, we are still going to fight in April or May whether it’s Floyd or not.”

Since both parties have reportedly made this bout a priority and have agreed upon the terms, many people believe the networks are just hammering out the details to finalize the deal. In a recent article in The Los Angeles Times written by Lance Pugmire, he reported, “While the Mayweather-Pacquiao talks hit a snag Friday, it’s believed executives at the highest levels of the companies including CBS Chairman Leslie Moonves and HBO Chairman Richard Plepler are interested in hammering out an agreement to make the sport’s ultimate fight happen.” Then, Pugmire was recently asked through social media if Moonves and HBO have made any progress and he simply noted there have been no updates as of yet, but should receive some very soon.

When Koncz was asked to give his take regarding Pugmire’s report in the Los Angeles Times he responded, “I find that hard to believe [that the networks are having a roadblock negotiating.] It’s my understanding that Plepler and Les Moonves are the ones that are dealing together now, which are the two executives of both networks, and both networks want this fight to happen. Those are two powerful and intelligent men and I think they can work it out. My understanding earlier, maybe two weeks ago, it was underlings that were working on it, you know lower level people. But now that you got the two bosses on it I don’t see any reason why the network should have a hold up.”