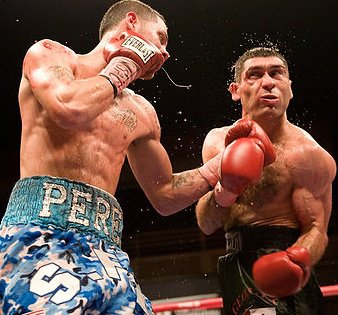 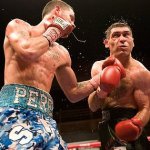 Michael Perez (21-1-2, 10 KO) hailing from New Jersey (now fighting out of Robert Garcia‘s stable), may be considered the underdog against Al Haymon fighter Jared Robinson (15-1-0, 7 KO’s). In this 10 round bout, these light welterweights came to fight.

Right  from round one Perez came to win, resulting in Robinson being knocked down in the 2nd round. Robinson survived the round and from there it was a tough fight between the two. In a tough and rumble battle with so many hard shots.

Starting in round 4, Perez’s eye began to swell from continuous jabs and left hooks to the face. Although Perez seemed to be up on the cards, these guys traded some hard shots with Robinson mostly on the receiving end.

In round 9 Robinson really took a beating and appeared to have the fight taken out of him, almost looked as if he wanted to quit. After 10 rounds the judges and everybody could clearly see the it was a Perez win.