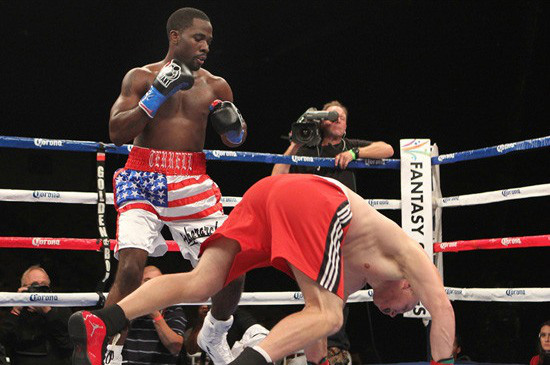 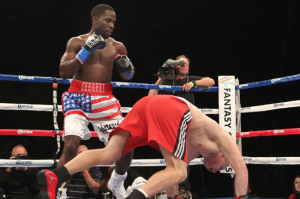 Cleveland’s own, Terrell Gausha (11-0, 6 Kos) took on Mexico’s Juan Carlos Rojas. Rojas took the fight on short notice and lost over 20 pounds in a single day to make weight for the fight. Will the weight loss be an issue or an advantage?

The first round was a feeling out round and buildup to and explosive round 2. The 2nd round Gausha had Rojas tied up in the corner and went on a body attack and head hunt. Although the ref closely watched Rojas, he was able to survive. Rojas then had Gausha on the ropes landing solid shots where the ref had to watch closely for too. The second round was definitely a war.

Round three appeared as though both guys took the round off to back in order.

Round 4 Rosa asserted control again, connected with some more heavy artillery to the body.

Round 5 it was Gausha’s turn to change the tide. With the ref close by watching while Gausha hit Rosa with some heavy power shots to the head.

In the 6th and final round it was an all-out war. Just when you think one guy was up the other would come back with some of his own heavy shots.

After 6 rounds, the judges had it a UD for Terrell Gausha.