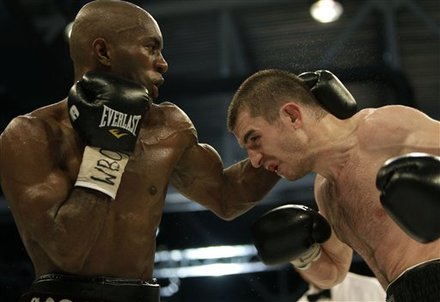 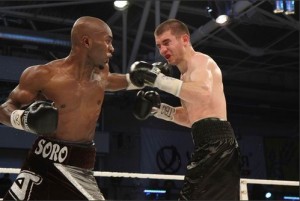 Former world title challenger MICHEL SORO will kick off his 2015 campaign this Friday night, January 30 with a 10-round clash against SANDOR “Mics K.O.” MICSKO at the Salle Polyvalente Du Ramier in Blagnac, France.

Sporting a record of 23-1-1 with thirteen knockouts, the 27-year-old Soro, fighting out of Rhone, France returns to battle following his U.S. debut this past July 25 against undefeated prospect Antoine Douglas.

Telecast on Showtime from the Turning Stone Casino in Verona, New York, Soro took over the fight in the second half, rocking Douglas badly in the 8th stanza and final two rounds. Despite a very strong showing, Soro had to settle for a 10-round majority draw, two judges scoring it even and one for the France native.

“We’ve got big plans for Michel in 2015, he was impressive against Douglas and we anticipate a fight against a top ten contender if he’s successful against Micsko,” said MICHAEL KING of KING SPORTS.

“Michel’s only loss was for the WBO Junior Welterweight Title against Zaurbek Baysangurov in 2012 in a very close fight so we know he can compete at a world class the level. The key is for him to stay busy and that’s our plan for him in 2015.”

A native of Budapest, Hungary, the also 27-year-old Micsko enters the battle against Soro with a record of 25-7-2 (19KO’s). The southpaw started the New Year with a second round stoppage of Roland Bakonyi on January 11 in Slovakia.