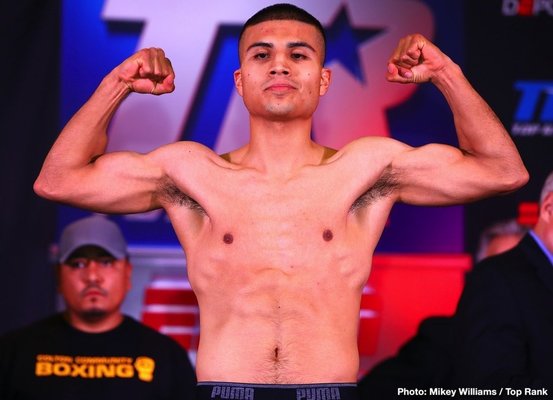 “Favoritism is a display of partiality toward a favored person or group. Racism is the belief that race accounts for differences in human character or ability and that a particular race is superior to others. So the difference between the two is the color of skin.” – Cherie Nelson

We all have our reasons for liking a sport, team and athlete. The sport can calm you or get your blood pumping. The team can be from your hometown or have your favorite athlete on it…you can even be just a bandwagon fan. To like an athlete is more personal and we all have our reasons.

As a child some of my favorite athletes out of boxing were all shapes sizes and colors. In basketball I idolized Michael Jordan; “His Airness”. His drive to compete, his mentality on the court and his only objective was to win. In baseball Jose Canseco was my favorite player. Canseco is a very light skinned Cuban that was one half of the bash brothers alongside Mark McGuire and the two were able to crush so many baseballs for homeruns and I loved it (granted they were on the juice but man was baseball amazing with guys on the juice). In football I loved Deion Sanders. There’s just so much you can say about Primetime whether you loved him or hated him his talent was amazing.

My love for these athletes had nothing to do with race. Race should not be a deciding factor as to why you love or hate an athlete. World Cup soccer is different just like the Olympics as it is nation against nation. There’s no problem with national pride but at the end of the day a majority of us enjoy seeing the best compete against the best.

Boxing has it’s share of fans that support fighters solely based on their color/ethnicity. I’m sure many of you have seen these fans either in forums online or at actual events. These fans are worse than casuals in a way because a casual will know selected fighters from around the world but the ones that are all about their fighter know little to nothing on other greats from around the world. If it’s not their people or there is no movie made about a fighter they don’t know and don’t care to know. Sad but true and it happens with all ethnicities and colors.

Mike Sanchez is on the other side of this discussion. Sanchez is a Mexican-American (we will just say Mexican) and the fanbase of Mexican’s are pretty hardcore. They either love you or hate you and they have their reasons. Sanchez would rather be loved but under the right conditions; i.e. not because of his ethnicity but his skills in the ring.

“As a fighter, a Mexican-American fighter I wish not my fans follow me only because of my ethnic background but to follow me for my skills and my character, for what I stand for,” stated Sanchez via social media. “So I say welcome [anyone] who appreciates my respect and dedication to the sport!”

We may be from all different walks of life, have different skin color and speak different languages but we are all the same and we all bleed red. All we have to do is just get over ourselves.