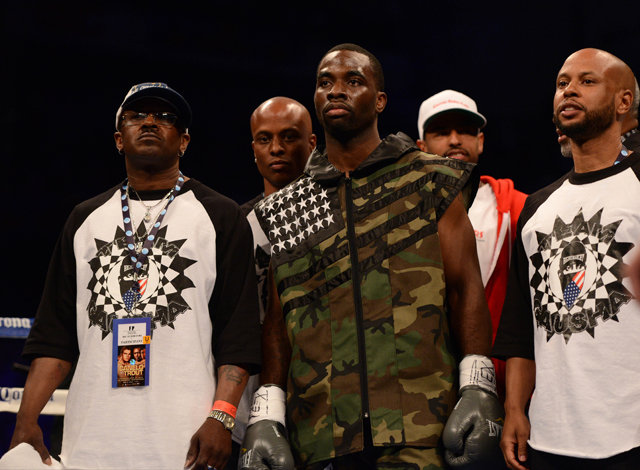 In the debut of Monday Night Boxing On Fox Sports 1, the first fight was a 6 round bout between Terrell Gausha and Austin Marcum. Both guys come out pretty busy, setting a pretty busy pace, a left hook by Gausha landed as the best punch in the round. Gausha used the jab effectively with two big right hands looked to be the one in control. But Marcum returned fire with good body shows in the round. Fun round both guys trading punches but

Gausha is the more technically sound guy, knocked down to Marcum to end the round.
Marcum seemed to recover well coming out in the first but a nice two punch combination By Gausha put him in the corner and Gausha whaled on him with head and body shots , sent him to the canvas to end the fight in the second round.