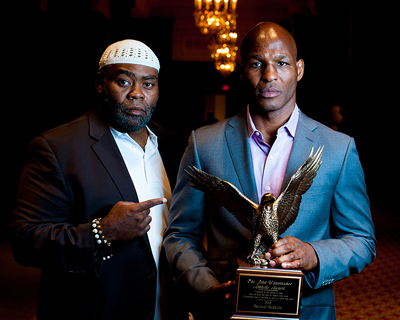 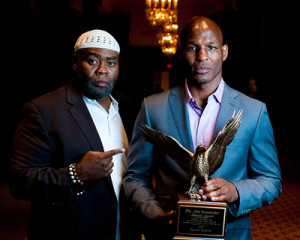 During a recent interview with Tha Boxing Voice Naazim Richardson spoke about how the Kovalev fight is already won for Bernard Hopkins. While joking that “Bernard Hopkins is 111 years old and still able to fight,” he also gave credit to Kovalev stating that he is “Very powerful and a very strong athlete.”  Naazim also stated that the fighters today are looking for the best challenges that they can find and “Bernard Hopkins is that dude still at this level and at this age.”

While Bernard Hopkins is most definitely a legend and a boxing hall of famer, he does have quite a task in front of him in the form of Kovalev. Time and time again we have seen Hopkins defy the odds and defy his age by beating younger fighters but this may be his toughest challenge since his first fight with Roy Jones Jr. Kovalev is a true power puncher with great power in both hands, and he is capable of ending a fight with one punch. Although Hopkins is a very crafty and smart veteran of the sport, time waits for no man and if the time has come when Hopkins skills have finally faded he may be in for a very painful and brutal night in the squared circle.

Make sure that you catch the Boxing Voice weekly radio show live every Thursday and Sunday starting at 7 pm (EST) or catch the podcast to get more insight and opinions on the world of boxing.