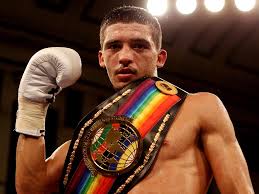 The Welsh star dispatched Australian Joel Brunker inside nine rounds to land the shot at the Californian-based Russian, who has defended the title four times since wrestling it from Billy Dib in November 2013.

The IBF sent letters out on December 31 ordering the IBF champion to begin negotiations with mandatory challenger, and Hearn believes the slick Barry stylist will land the title, and will be aiming for that to happen on British soil.

“We have already been in touch with Top Rank to make them an offer for a fight in the UK in the spring,” said Hearn. “Either way I expect to confirm the fight in the next few weeks. We are keen to stage the fight here and I’m very confident Lee will become the IBF Champion in his next fight.”