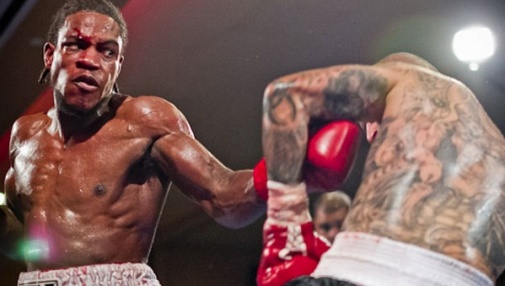 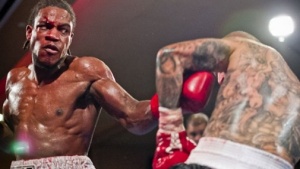 This Saturday night at the Valley Forge Casino Resort, undefeated Jr. Welterweight Naim “The Dream” Nelson (12-0, 1 KO) of Philadelphia will take on Ryan Belasco (18-6-3, 3 KO’s) of Wilmington, DE in an 8-round bout for the UBF All America’s title that will serve as the co-feature bout to a championship night of boxing promoted by King’s Promotions and Peltz Boxing.

In the main event, Frank De Alba will take on Jesse Carridine in a 8-round Jr. Lightweight bout.

“Training has been great. I have had no injuries and I am in terrific shape. I have trained harder for this fight than any other fight,”said Nelson.

Nelson knows that Belasco is a worthy opponent but he is prepared for the task at hand.

“Ryan brings a lot of experience. He has more than twice the amount of fights. He was already a pro when I started my amateur career. He has decent skills as he can box and bang. It should be a great test.”

With each passing win, Nelson knows that every fighter is gunning a little harder trying to put that first loss on him.

“It comes with the territory. When you start getting to double-digit wins, you can feel guys wanting to take that zero from you. Guys get up for you. They train harder then they do for other fights which is great that we can bring the best out of each other.”

Nelson is looking forward to adding another belt to his trophy case that already has the Pennsylvania Lightweight title in it.

“The UBF title adds to this fight. I have that Lightweight state title. I plan on staying at 140 lbs. unless I can find a big fight at Lightweight. I am just happy to be able to fight for a 2nd title where there are so many fighters that don’t even compete for any. These are the types of things that will help me reach my ultimate goal and that is to fight for a world title.”

Nelson finished, “I think this will be a tremendous fight. It has been a year in the making and I know we will both lay it all on the line. I think this fight will rival my (2012 war) with Victor Vasquez.

Naim “the Dream” Nelson is known as one of the hardest workers in the area. He consistently takes on tough opposition and continues to win. He has only one KO on his perfect 12-0 ledger but he’s extremely strong and physical in the ring. His opponents can attest to that.

With team of trainer Rory Bussey, Strength coach James “Fink ” Edwards and new
adviser Stephen Edwards. Edwards is trainer/adviser to red hot Jr. Middleweight contender Julian “Jrock Williams and up and coming prospect Kyrone “Shut It Down” Davis. Nelson believes he has big things coming. If Nelson is successful in this fight he is looking to take on bigger names in the lightweight and junior welterweight divisions.