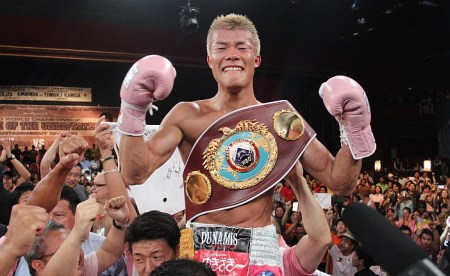 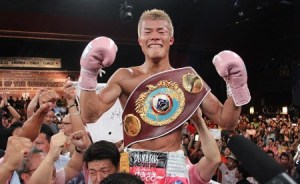 In the main event of the tripleheader, popular light heavyweight contender Andrzej “Chicago’s Polish Prince” Fonfara  will return to his adopted hometown against experienced veteran Doudou Ngumbu in a 10-round light heavyweight showdown from UIC Pavilion at University of Illinois-Chicago.

Chicago’s Fonfara, 26, a native of Warsaw, Poland, had won 13 in a row before a hard-fought loss to WBC Light Heavyweight World Champion Adonis Stevenson this past May in a thrilling battle on SHOWTIME.  A heavy underdog, Fonfara floored the champion in his hometown of Montreal in the ninth round in a showdown that was closer than most experts anticipated.

Fonfara (25-3, 15 KOs) is now 15-1 with one no-contest since July 2008.  The WBC No. 6 contender at 175 pounds, Fonfara has defeated three former world title holders –Byron Mitchell (TKO 3), Glen Johnson (a clear 10-round decision in perhaps a career-best victory) and Gabriel Campillo (TKO 9) -in his last six starts.

Fonfara, who campaigned for much of his career at 168 pounds and below, has only lost once at light heavyweight, and that loss was to Stevenson, widely considered as the top fighter in the world at 175 pounds.  The 6-foot-2 Fonfara, who turns 27 three days after the showdown with Ngumbu, will return to Chicago for his eighth fight in his last nine starts.

A boxer with superb stamina and surprising power, Fonfara’s iron chin allows him to outlast his opponents and come on in the later rounds of his fights.

The 32-year old Ngumbu, of Toulouse, France by way of the Democratic Republic of the Congo, will make his U.S. and North American debut.   Originally a soccer player, Ngumbu found boxing at age 18 and turned professional at 25.  The former African champion (33-5, 12 KOs) is vastly experienced, having fought 247 rounds to Fonfara’s 129.

The 5-foot-11 Ngumbu is coming off a 10-round unanimous decision over Johnny Muller in June in Monte Carlo, Monaco, and has gone the 12-round distance six times since 2009.

Ngumbu’s long arms and fast hands allow him to come forward with an unorthodox but aggressive attack from unpredictable angles.  His tendency to keep his hands at his sides makes all of his fights exciting affairs.

Kameda (30-0, 19 KOs), of Tokyo,  Japan, is coming off a brutal 7th round knockout victory of former WBO Bantamweight Champ Pungluang Singyu in his U.S. debut on July 12.

The victory over Singyu was the biggest win of the 23-year-old’s career.  Singyu had formerly held the same championship belt until losing it to Paulus Ambunda in March 2013.  Ambunda lost his belt to Kameda in his first and only defense of the title last August via unanimous decision.

Kameda moved to Mexico when he was 15 years old to learn an aggressive fighting style and quickly earned the Spanish nickname “El Mexicanito” (The Little Mexican).  A true boxer-puncher with extremely fast hands, Kameda continues to train in Mexico, but has since moved back to Japan where his family enjoys celebrity status.

A fearless “do or die” slugger from the classic Mexican warrior mold, Hernandez comes forward relentlessly behind powerful combinations to the head and body.

Fortuna (25-0-1, 18 KOs), of Dominican Republic, is a former Interim WBA Featherweight World Champion – he won the vacant belt against previously undefeatedPatrick Hyland in 2012.  The southpaw was set to defend his crown in April of 2013 against Miguel Zamudio but lost the title on the scales after failing to make weight.  He knocked Zamudio down twice en route to a devastating first round knockout and then gradually settled into the 130-pound division.

Fortuna, 25, is coming off a 10-round unanimous decision over Juan Antonio Rodriguez on May 31 in Las Vegas and is just one fight removed from a knockout of former world title challenger Francisco Lorenzo.

Fortuna, who is known for his explosive speed and highlight reel knockouts, only has one blemish on his record – a controversial draw against Luis Franco in August of 2013.

Cotto (18-2, 8 KOs), a relative of future Hall of Famer Miguel Cotto, was a top amateur in Puerto Rico – he won a silver medal at the 2007 Pan American Games and compiled a record of 235-20 before turning pro.

The 27-year-old Cotto is coming off a split-decision victory of Jerry Belmontes in August and his only two losses have come against top competition.  He lost to undefeated WBC 135-pound champ Omar Figueroa in a non-title bout in 2013 and to top 130-pound contender Francisco Vargas this past March.

Additional bouts and the undercard will be announced shortly.