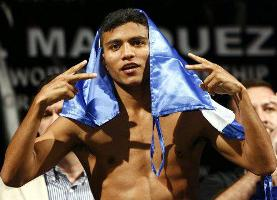 Nicaragua is the biggest country in Central America but one of the least populated Latin countries in the world. It is a beautiful country full of land of lakes, volcanoes,  and fresh water sharks. Baseball is the most popular sport in the country and boxing is second. Previous generations of world champions such as Alexis Arguello and Ricardo Mayorga were great for the country. People talk about how Puerto Rico is such a small country and with its small population has contributed to the boxing world. You could say the same thing about Nicaragua.

There is a new generation of stars from Nicaragua. There are a total of six fighters from Nicaragua currently ranked by the World Boxing Association (WBA). The sole king and Super Champion is the greatest fighter to come out of Nicaragua since Alexis Arguello. Roman “Chocolatito” Gonzalez has dominated the 108 pound division and will set his sights on dominating a higher division if he is unable to secure high level fights at 108.

Carlos “Chocorroncito” Buitrago is a highly touted prospect coming out of the capital city Managua. Buitrago has climbed two positions in the minimum weight division (105 pounds) and is now in the number three spot after fighting twice in May, winning both fights, one by knockout against Yader Escobar in the first round and the second by unanimous decision against Jose “El Pollo” Aguilar. Buitrago has pushed himself closer to a title shot when Mexican interim titlist Jesus Silvestre was ordered to fight regular champion Ryo Miyakzi from Japan.

Felix Alvarado, who fights at 108 pounds is ranked at number eleven in the world and is looking to catch up to Gonzalez and Japanese fighter Kazuto Ioka.

Carlos Rueda, who fights at flyweight (115 pounds), ranks in at number 13. Rueda’s handlers, Prodesa, stated that Rueda could return on June 22nd in Matagalpa.

Walter Castillo, who fights at junior welterweight (140 pounds), is ranked at number eight in the world.

When you look at the past of a country and its fighters you can see how the newer generations have evolved. Nicaragua, in the past has provided very few world class fighters but they were tremendous and it is up to this new generation of fighters, who are ranked in the world rankings, to pave the way for future generations and future champions.