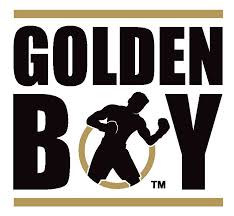 Quiñonez is the first fighter from former world champion Fernando “Feroz” Vargas’ boxing gym Feroz Fight Factory to turn professional, and is managed by the late singer Jenni Rivera’s manager Pete Salgado. Quiñonez is now set to make his professional debut on the undercard of the highly anticipated heavyweight battle between current WBC Heavyweight World ChampionBermane “B. Ware” Stiverne and mandatory challenger and knockout sensation Deontay “The Bronze Bomer” Wilder on Saturday, Jan. 17 at the MGM Grand in Las Vegas.

Fernando Vargas has had much success with Feroz Fight Factory transitioning into the professional boxing world with Quiñonez at the helm. The former world champion also has a history with Oscar De La Hoya, fighting the “Golden Boy” in 2002 for a title unification bout in the super welterweight division.  Vargas also fought against Luis Ramon “Yory Boy” Campas, Raul “El Diamante” Marquez, Ronald “Winky” Wright and Ike “Bazooka” Quartey.

“I’m excited for my future as a trainer and I also look forward to working with Oscar and Golden Boy Promotions,” said Vargas. “I have a lot of great talent that I know will become world champions in the years to come!”

“It is truly a blessing to be signed by Golden Boy Promotions,” said Quiñonez.  “I am very excited they’ve given me this opportunity to display my talents alongside my trainer Fernando Vargas.  I’ve always looked up to Fernando growing up watching him fight, he is a great trainer. I’ve learned many things from him and we are ready to show the world what we can do.”

Quiñonez of Las Vegas has been making himself known in the boxing world since he first joined Feroz Fight Factory in 2013.  With an amateur record of 74-4 and four national titles, Cesar has had the opportunity to work directly with Vargas and sparring with four-time female world champion Hollie Dunaway and former world champion Billy “The Kid” Dib. He hopes to make an explosive entrance in his professional debut at the MGM Grand Garden Arena next Saturday night.