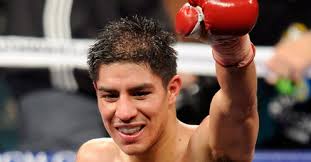 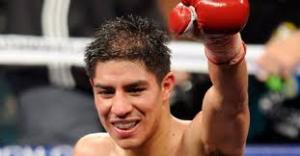 Manny Pacquiao’s camp has made it abundantly clear they want to move down to the 140 pound division in their next match. There may be a shortage of opponents for Pacquiao to face given the fact the majority of the top fighters in the junior welterweight division are managed by Al Haymon. As of now, this rules out the possibility of a fight with Danny Garcia, Lucas Matthysse, Adrien Broner and many other solid contenders in the division. Until Top Rank and Al Haymon settle their feud, this would certainly be a hindrance in regards to continuously finding viable opponents for Pacquiao.

Due to a possible shortage of opponents, there has been speculation of a potential matchup with Jessie Vargas. The Vargas camp has been very adamant in facing Pacquiao leading up to the Antonio Demarco bout. After Vargas’ victory, he told ESNEWS, “I’m looking forward to beat [Manny Pacquaio]. You’re not going to have me running from him, you’re going to see a war. You want a war? You want a fight? Put in Jessie Vargas with Manny Pacquiao.”

Vargas claimed he felt passionate about fighting the Filipino icon due to what it can do to his career, and getting vengeance for Pacquiao’s earlier triumphs over Mexican fighters. Vargas stated, “I want to get my revenge from when I was a kid when he beat Barrera and Morales. I still have that grudge and I want to take him out.”

Whether Vargas does in fact get the match with Pacquiao remains to be seen. People are counting out a possible match between the two, due to Vargas’ latest performance against Demarco. Vargas looked good, but didn’t look good enough in many people’s eyes to deserve a match with the eight-division world champion just yet. Boxing is full of surprises, and even though it’s not a number one option in everyone’s radar, it still remains a possibility.