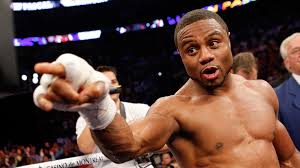 Jean Pascal could potentially share a ring with Donovan George on December 6th in what could be the 2014 finale he planned on having. Pascal originally hoped to fight fellow Canadian box-office draw and current WBC light heavyweight titlist Adonis Stevenson, but those talks went nowhere, as we’ve come to expect from potential fights involving Stevenson this year.

The news was reported by Jake Donovan of Boxingscene.com.

The bout would take place at the Bell Centre in Montreal, Canada, serving as the co-feature for Lucian Bute’s return to the ring when he faces Roberto Bolonti.

Pascal still has hopes of facing Stevenson next year in what would be a huge fight in Canada, and Stevenson’s camp has given some reassurance to those hopes by claiming they’d hope to make that fight in April of next year, but with Stevenson you can’t ever be sure.

It has to be a bit deflating for Pascal to fight on Bute’s undercard after he defeated him back in January of this year, but it is smart to stay active if he hopes to secure a Canadian mega-fight with Stevenson next year, or with any significant opponent for that matter.

George has won two straight, both wins coming in 2014, since his TKO loss to Caleb Truax in June of last year. We last saw George this past August in a winning effort over Dyah Davis. George looked good in the fight, although he’d be moving up seven pounds to face Pascal.